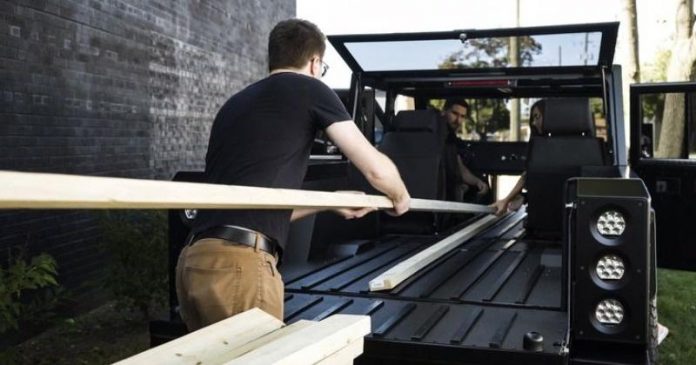 Absence of an engine in electric vehicles has had a big plus as an added cargo space since forever. EV owners are often thrilled about the idea of a luggage compartment under the car’s hood in addition to the boot space. Bollinger Motors, however, plans to rework this use of the space in the front of its upcoming EV mammoths.

Due to launch its B1 electric SUV and B2 electric pickup truck soon, the company has now patented Passthrough and Frunkgate features of these cars. Through these patents, the electric vehicles by the company will have a unique feature. They will allow the hauling of items as long as the vehicles themselves.

The ingenious feature has been possible solely because of the absence of an engine upfront. Bollinger was able to create a ‘Passthrough’ tunnel extending through the entire length of its upcoming EVs. So the 13-foot or 16-foot vehicles by the company will allow users to carry loads with length as much as these cars.

Now patented by the U.S. Patent and Trademark Office, the feature marks an important distinction for Bollinger Motors in the electric pick-up truck segment. It took around three years for the company to get the patents and it looks like they were worth the wait.

So what does it mean?

Note that Bollinger Motors is looking to produce heavy EVs for rugged use both as a passenger vehicle as well as a cargo hauler. This can be seen from the two EVs that the company has unveiled to date – one a mean looking electric SUV that looks no short of a mini-tank and another its pick-up truck counterpart.

In both the cases, carrying cargo is in the very nature of the vehicles. Especially in the case of the Bollinger B2 pickup truck, the more the cargo carrying capacity, the more utility to be found on the vehicle. 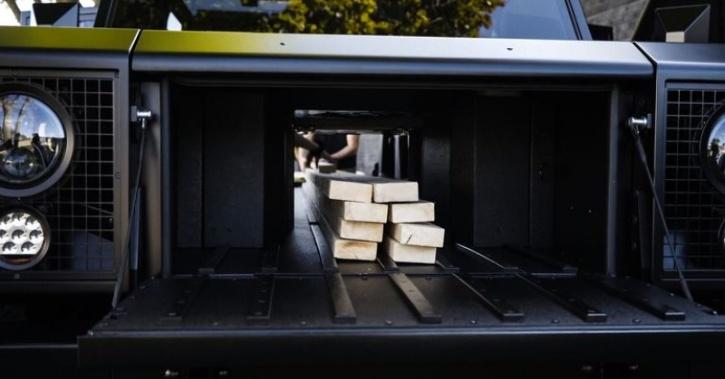 Note that the cargo carrying capacity was never less in such EVs. The compartments for storage, however, were segregated. None of the other EVs in the market could offer such a continuous space to keep in things like logs of wood.

With the patented feature in its kitty, Bollinger Motors will be able to have a plus over the likes of Ford’s upcoming electric pickup truck – F-150 or even the Tesla Cybertruck. When asked if the company’s Frunkgate and Passthrough features can be licensed going forward, Bollinger said, “I think if someone came to us who was not in our segment—no one is in the Class 3 segment—there [are] always possibilities,” as quoted in a report by Car and Driver.

How to troubleshoot turbochargers

7 New Cars We Still Can’t Wait to Drive for the...

What Is LINE-X Coating