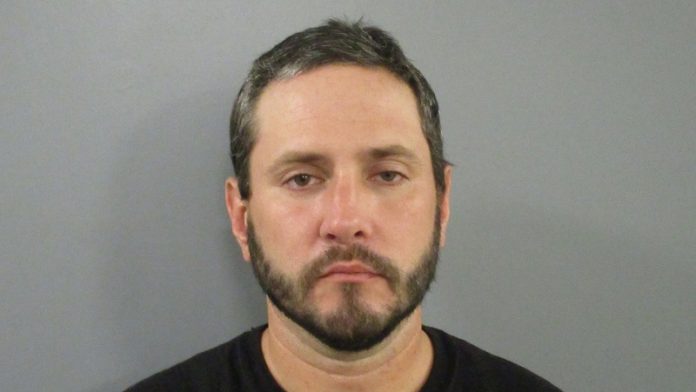 WESTPORT, Mass. (WPRI) — Westport police say a Boston man had drugs on him when he was arrested Thursday in connection with the theft of a pickup truck.

Michael O’Neill, 39, was taken into custody shortly after the truck was found outside a gas station on State Road, according to Detective Sgt. Christopher Dunn.

Dunn said Dartmouth police put out a BOLO (be on the lookout) for a red 2005 Toyota Tacoma around 9 a.m. after it was reported stolen from the Lowe’s parking lot. The owner had left the keys inside, he said, and eyewitnesses told police it was taken by a white male wearing a mask, red cap, and black and blue shorts.

About an hour and a half later, Westport police received a call that a pickup truck had seemingly been abandoned at a gas pump, according to Dunn. The caller also described a man walking around the parking lot on the other side of State Road.

Using the license plate, police confirmed it was the stolen truck, and responding officers found the man matched the description of the suspect.

Surveillance video from the gas station showed the man exiting the driver’s side door of the truck and going into the store for a few minutes before crossing the road, Dunn said.

O’Neill was arrested and found to be in possession of Adderall and Gabapentin without prescriptions.