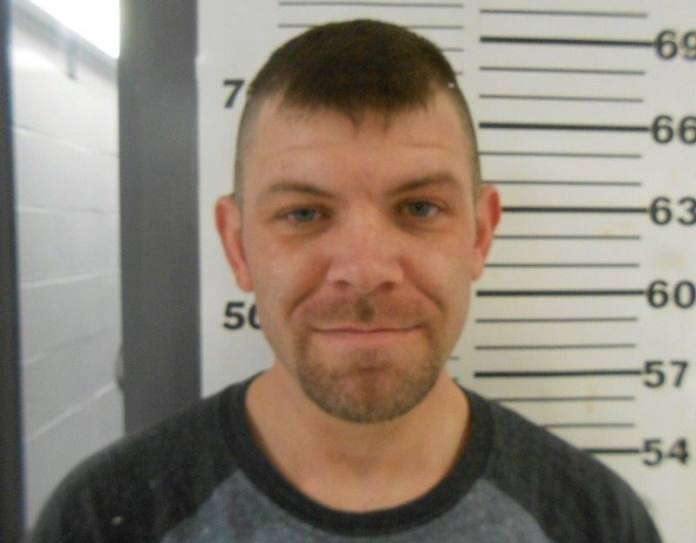 A Bouton man was arrested Saturday for allegedly stealing a pickup truck in Madrid and towing it to his home in Bouton.

The Madrid Police Department received a report Friday of a vehicle stolen from outside an automotive repair shop in the 100 block of S. Main Street in downtown Madrid.

According to court records, the vehicle’s owner contacted law enforcement Saturday after spotting the 1996 Ford pickup in Bouton.

“The plates had been switched and the tailgate switched to a blue one,” according to court records. A check of the vehicle’s vehicle identification number confirmed it as the victim’s vehicle.

Bystanders in the vicinity of the W. Fourth Street residence told law enforcement that “McLey was working on (the truck), and it just showed up the day before.”

Officers later made contact with McLey, who allegedly said he and an accomplice “saw the truck parked” in Madrid and “decided to steal the truck.”

McLey told police they “used a flat bar to break the window out of it and then entered it. They could not get it started, so they used a tow rope and towed the vehicle all the way back to Bouton. There they attempted to cover it with tarps to conceal it” before “both of them started to remove parts from it,” according to court records.

The Madrid Police Department said it is seeking an arrest warrant for McLey’s accomplice in the case.

McLey was held in the Boone County Jail prior to his release on his own recognizance. He is scheduled for a preliminary hearing May 8 in Boone County District Court.

*A criminal charge is merely an accusation, and the defendant is presumed innocent until and unless proven guilty.