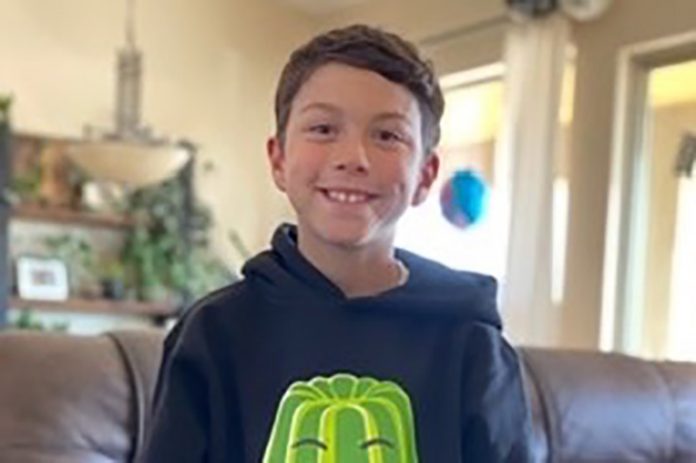 A 10-year-old boy struck by a pickup truck in Prescott Valley on Friday morning is recovering at Phoenix Children’s Hospital.

The child, Cooper Croy, suffered a fractured skull and a hematoma on the side of his head after being hit by a Ford F-150 truck on the frontage road in the 6800 block of East Highway 69, according to family members. He also suffered a damaged spleen, lacerations, burns and may need skin grafts.

The accident happened May 22 in front of a local restaurant when Cooper was attempting to cross the street to return something to the family car. Police said the boy was dragged about 10 feet. The driver of the truck remained on the scene and the incident is still under investigation. Prescott Valley Police officers and Central Arizona Fire Medical Authority personnel arrived to stabilize Cooper, who was then airlifted to the Phoenix hospital.

According to Cooper’s mother, Samantha Leigh, the family is grateful for the messages and well wishes they are receiving from the community.

“We really appreciate all the kind words, thoughts, and prayers,” Leigh told the Courier.

“Both sets of parents are without insurance and are about to be faced with a mountain of debt and continued doctors visits down the road,” Strong wrote on the fundraising site GoFundMe. “Many people know Cooper and his huge heart and infectious personality. Cooper is very blessed to have a large family support system with many people who love and care for him.”

Strong said the family feels blessed that the situation did not result in any more catastrophic injuries, but are asking for “more prayers as he continues his long road to recovery.”

Anyone who wishes to help the family with medical costs can visit gofundme.com/cooper-croy.