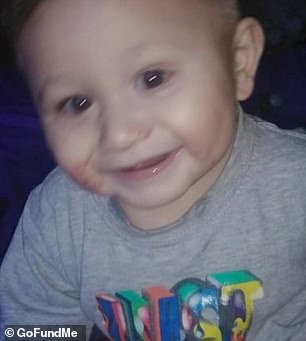 Boy, two, is struck and killed by a pickup truck after he opened the front door of his California home and wandered onto a road

A two-year-old boy was fatally struck by a pickup truck outside of his California home after he managed to open the front door and wandered onto a road.

The tragic incident took place at around 8.30pm on Friday in Neuvo, a rural community located more than 70 miles southeast of Los Angeles.

According to California Highway Patrol, the child, identified by the Riverside County Coroner’s Office as Samuel Rodriguez, had opened the front door of his family’s ranch-style home in the 28000 block of Lakeview Avenue and walked into the palm tree-lined road. 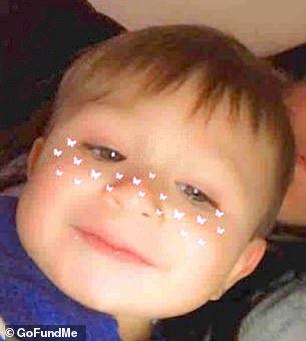 Samuel Rodriguez, two (left and right), was fatally struck by a pickup truck outside of his California home after he managed to open the front door and wandered onto a road

A passing driver spotted the toddler south of nearby Stalder Avenue, pulled over and ran toward Samuel in an attempt to save him, but a white Ford pickup truck driving southbound on Lakeview Avenue struck the boy before the Good Samaritan reached him, reported The Mercury News.

Samuel was rushed to a hospital and died two hours later from his injuries.

The driver of the Ford stayed at the scene of the accident. According to CHP, it does not appear that alcohol played a role in the fatal crash. 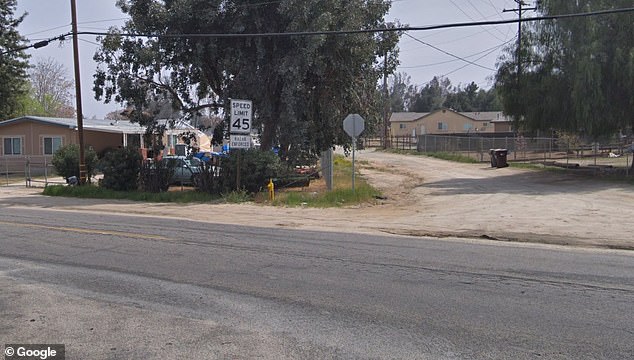 Th driver has not been named. As of Tuesday morning, no charges has been  announced in connection to the child’s death.

Relatives have launched fundraisers to help Samuel’s family with his final expenses.

‘Samuel was absolutely the one to put a big smile on your face, he literally meant the world to our family,’ the boy’s grown cousin Patience Holguin wrote in the description of a GoFundMe campaign. ‘He always wanted attention. And Every time my [cousin] came over he always wanted to go to the back to go play with my duck.’

The boy’s family also organized a charity car wash on Monday to raise additional funds towards his funeral.

State Highway 1 open to one lane after head-on crash leaves...