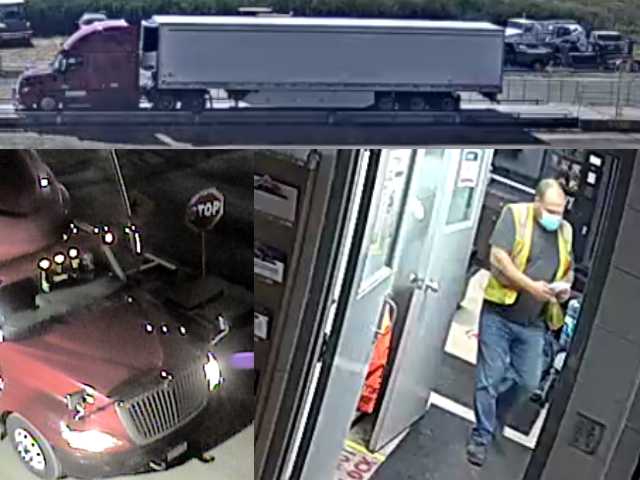 BROOKS, Alta. – The Brooks RCMP is looking for a trucker it says recently picked up a load of beef from the JBS meat packing plant and failed to deliver the load.

The truck took the load Aug. 30, under the name Transport Pascal Charland out of Chateauguay, Que., which the RCMP alleges was operating with fraudulent documents and a fake name. The load, still unaccounted for, was valued at $230,000.

The truck is described as burgundy in color, with a large bunk, and was pulling a white refrigerated trailer. It’s believed the same truck and driver also stole a load of seven hot tubs. The suspect is described as: Caucasian, short brown hair (slightly balding), tall with heavy build, and wearing blue jeans, a black t-shirt and yellow fluorescent vest.

If anyone has information, contact the Brooks RCMP at 403-794-4400. If you wish to remain anonymous, you can contact Crime Stoppers at 800-222-8477(TIPS), online at www.P3Tips.com, or by using the “P3 Tips” app available through the Apple App or Google Play store.

Elon Musk on Bill Gates having no clue about electric trucks