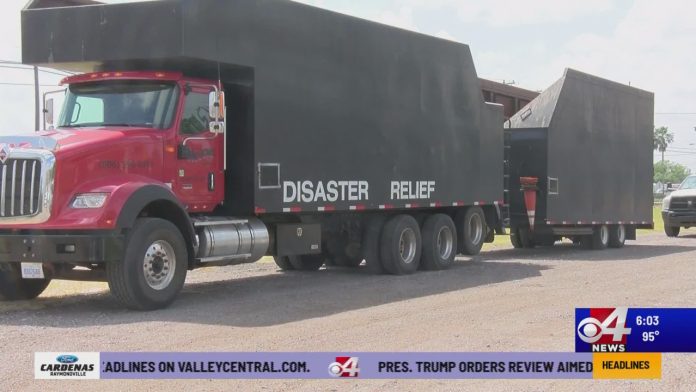 LYFORD, Texas – After Hurricane Hanna, the city of Lyford has been suffering from debris in its streets.

Mayor Jose G. Solis applied for a grant to have the brush truck alleviate the city.

Solis said, “we got help for USDA it’s a grant for 75 and the rest were going to have to finance it.”

The brush truck company is Bill Neuens Enterprises and they’re going by roughly 20 to 30 thousand yards picking up the debris with their machine that Neuens says is special.

“With the grapple, “it’s very unique it can spin 360 [degrees]. It takes a little bit of technology to run it but once you get used to it, it’s very easy,” said Neuens.

The city is having two rounds of pick up from the enterprise.

Mayor Solis explains why some people in the city confronted him about when their debris was going to be picked up.

“I have confronted people like that who hadn’t had it picked up but see there’s a lot of tape in between from day one until now but yes as a mayor I would like to have the city clean, period.”

Today was the first day the brush truck company was picking up debris but Neuens said they are going to be in Lyford for a couple of weeks and are having two more trucks come in tomorrow.