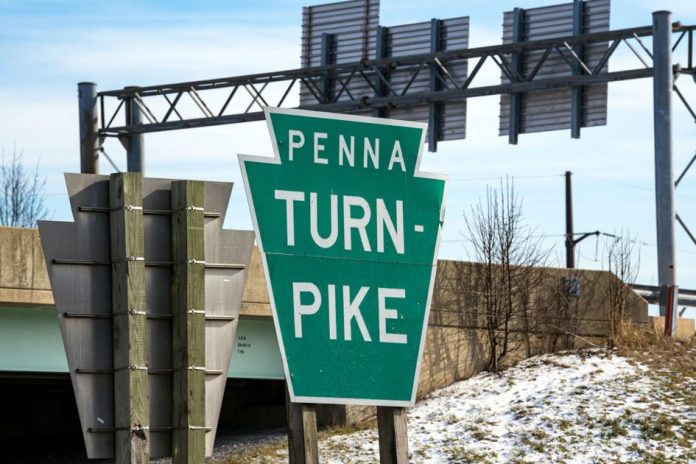 S. WHITEHALL TWP., Pa. | Authorities allege a Bucks County woman was under the influence late last week as she led authorities on a 23-mile chase in a stolen pickup truck that started in South Whitehall Township.

Pennsylvania State Police allege Brittany M. Wendler, of Bensalem, nearly caused a wreck on the Pennsylvania Turnpike as she wound through traffic and hit speeds of 115 mph, while trying to outrun troopers. Wendler faces theft, DUI and related charges in connection with the June 5 pursuit.

A state trooper was monitoring southbound traffic on the turnpike in South Whitehall Township about 11:15 a.m., when he spotted what appeared to be a speeding SUV. He said the vehicle was driving about 98 mph in a 70-mph zone, so he tried to conduct a traffic stop, according to court records.

With a state trooper in tow, the driver allegedly picked up the pace and ignored the trooper’s emergency lights, according to records. When the trooper flipped on his siren, the driver – later identified as Wendler – started moving from lane to lane, passing other vehicles and allegedly refusing to stop.

Wendler allegedly started hitting speeds of about 110 mph and passing other vehicles on the shoulder. Authorities said she drove between a tractor trailer and car with only a small gap between the two.

Wendler allegedly hit about 115 mph during the roughly 23-mile chase until several patrol cars stopped her using what they described as a roving roadblock.

Once police stopped Wendler, they discovered she was driving with a suspended license in an SUV reported stolen from a convenience store. Court records do not indicate from which municipality the SUV was reportedly stolen.

State police believe Wendler was under the influence as she was shaking and had a hard time standing up. She was taken to a Bucks County hospital shortly after 12:30 p.m. for a blood draw.

She was sent to Lehigh County Jail to await an Aug. 11 preliminary hearing after failing to post bail.

Hydrogen vs electric vs petrol: How will cars be powered in...