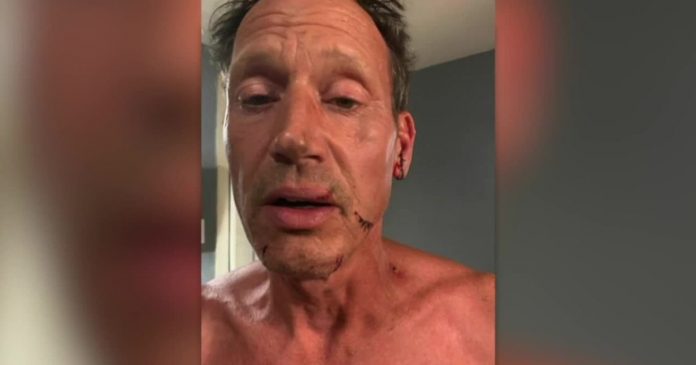 BUFFALO, N.Y. (WKBW) — A Buffalo man says he was beat up by a slew of bikers in North Buffalo, illegally riding ATV’s dirt bikes and other motor bikes on Parkside Sunday.

“I have cuts, contusions on my face. I have a black eye on my left eye,” Gerard Abbatte said.

Abbatte is an avid motor sports enthusiast, himself. He is the owner of 716 Motorsports. He is no stranger to bikes, but Sunday, when coming home from a race in Batavia he says he was swarmed by bikers.

GRAPHIC: This is Gerard. He owns 716 Motorsports. Sunday he was driving on Parkside when he saw illegal motocross vehicles and ATV’s. They looked at his and asked if he had a problem. He said he has a problem w/ illegal motorcycles & ATV’s. He says they then beat him. @wkbw pic.twitter.com/7ARZXXJ6PY

“As I looked to the left, I see about a hundred bikes, a combo of dirt bikes and ATV’s,” he said.

Abbatte says the riders were doing wheelies, and driving erratically. They had no lights, no registration and no safety gear.

We’ve told you about this happening in Buffalo this summer.

Abbatte says he honked on his horn when the riders swerved into his lane. At the next light, he says one rider asked him if he had a “problem” and then asked if Abbatte wanted to fight.

He says it was less than a minute when the men swarmed his car and reached in through his open window.

“He grabbed my head and proceeded to punch me numerous times,”he said. “I blacked out for 20 seconds. I woke up to them kicking and punching the truck. At that point, they had stopped punching me,” he said.

Gerard says he then pulled over on Hertel and his daughter, who was in the car with him called 911.

Buffalo Police say they have a “no chase” policy, and when officers see these vehicles, they can try to stop them but there’s little they can do.

Abbatte says Buffalo Police did take a report, and he is pressing charges. He says he hopes this doesn’t happen to anyone else.

Ice cream and food trucks are officially allowed to operate in...