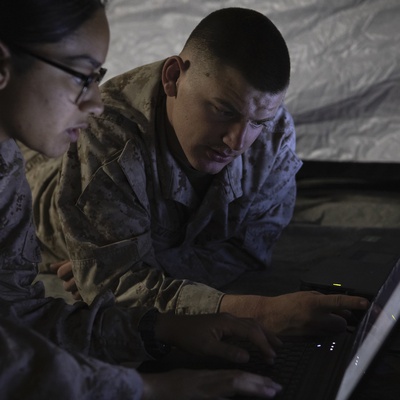 The service is trying to build a communications network that’s big enough to include coalition partners but small enough to fit on a truck and drive off to war.


The U.S. military needs to do a better job informing allies and coalition partners what it expects highly-networked warfare circa 2040 to look like, said U.S. Army Undersecretary James E. McPherson on Tuesday at an online AFCEA event.

That outreach needs to start with a better discussion about the Defense Department’s push to link the services in a single command-and-control framework, loosely dubbed Joint All-Domain Command and Control, or JADC2.

“When we [Army senior leaders] were talking this morning about JADC2, one of the pieces that the chief [of staff] brought up was that we’re going to have to add a letter to JADC2. That’s ‘combined.’ And we need to start doing that, especially for the Five Eyes allies but others as well,” McPherson said. “We need to start sharing with them what our concept of this battlefield of 2040 is going to look like and how we can partner with them going forward with our data management and all things data on that future battlefield. We’re going to add ‘C’ in front of JADC2.”

The Army is amid a costly, multiyear overhaul of its communications gear, intended to improve voice and data communication between soldiers, unit, sister services, and foreign partners — and to ensure that comms stay up through all enemy attempts to disrupt them.

Be the first to receive updates.

McPherson said the service is changing how it buys radios and software, issuing fewer requirements and instead offering broader, softer “characteristics” — more like a broad idea of what they want so that industry can show them what’s already available or easily achievable. That will require more funds than planned for “the next several years” but will ultimately save money, he said.

So how will future soldiers access the cloud in battle zones where they’re under attack from high-tech adversaries? McPherson described “multiple cloud ecosystems,” where small tactical networks connect to bigger joint clouds like JEDI when they can, or operate by themselves when soldiers are under electromagnetic attack.

How will these tactical clouds get to the front lines? The Army will drive them in on trucks, according Maj. Gen. Pete Gallagher, the director of architecture, operations, networks, and Space under the Army’s Chief Information Officer. “On some of these vehicles we’re going to have tactical cloud instantiations,” he said.

The Army’s communications upgrade has four main lines of effort, but all involve standardizing data formats, Gallagher said. That will enable better use of artificial intelligence on the front lines to find new waveforms for communication and make sense of large volumes of incoming data streams, he said.

2 arrested in connection with what’s now a double homicide |...

Pick up truck crushed after crashing into rear of HGV as...

Eskimos no more: Edmonton’s CFL team to change its name