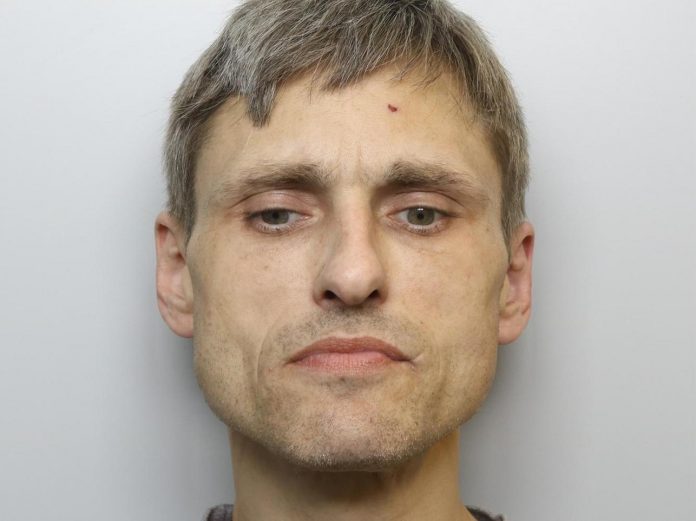 A burglar who stole a pick-up truck worth £33,000 from business premises in Hunslet has been locked up for three years.

Lee Lockwood was part of a gang which targeted the firm in the early hours of the morning and tried to steal a safe.

Leeds Crown Court heard the 43-year-old was the subject of a suspended prison sentence when he broke into Creatif Architectural Products, on National Road, on March 15 this year.

He caused over £500 worth of damage getting into the premises before stealing keys to four vans and a Mitsubishi pick-up truck.

Lockwood drove off in the pick-up truck but returned with others at 1.50am.

A safe was taken from the upper floor of the business unit and thrown down the stairs, causing damage.

The safe was then loaded onto a pallet truck along with six laptop computers.

Lockwood and his accomplices left the property again but returned in the truck at 7.15am to collect the safe and the computers.

They were disturbed by a member of staff who arrived for work and they left without the items.

Lockwood was arrested after a latex glove was found at the scene which contained his DNA.

Mr Ritchie said Lockwood carried out a similar burglary in October 2018 in which a large a large amount of goods were stolen and a vending machine was damaged.

He was linked to the offence after his blood was found at the scene.

Lockwood, of Rocheford Grove, Hunslet, pleaded guilty to two offences of burglary, theft of a vehicle and breach of a suspended sentence order.

He has 28 previous convictions for 88 offences.

Mr Ritchie said the stolen pick-up truck is worth £33,000 and has not been recovered.

Jessica Strange, mitigating, said Lockwood sold the truck for £200 which he used to buy drugs.

Miss Strange said her client had a long-standing addiction to drugs.

Judge Simon Batiste told Lockwood: “It is clear that what was taking place was carefully planned and executed in order to obtain considerable amounts of property.”