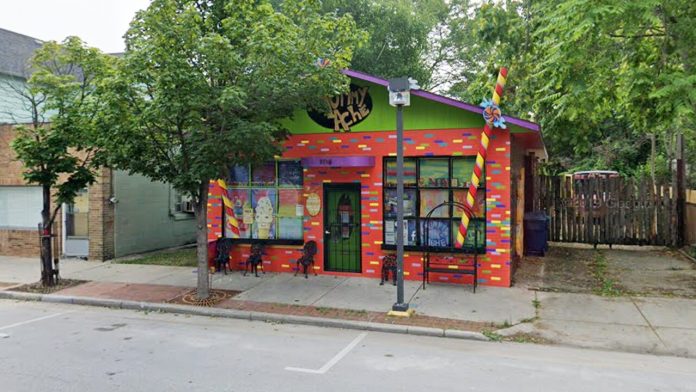 “As you can tell, we have been taken from,” Henning said in the video, adding that the store would be closed Friday.

“The new addition we added to the candy store was not harmed in any way,” Henning said pointing the camera at what appeared to be an empty tree where candy hangs from.

She also said the store was not harmed, apart from a broken window. Henning pointed out that candy was found trailing out the back of the store and into the neighborhood.

“Please do bear with us as we attempt to restart our lives, in this time of COVID,” she said.

Deputy Public Safety Director Caleb Rowell confirmed to a local news outlet that the store had been stolen from and that candy was missing. He also confirmed that a window had been damaged in the burglary on the night of June 11.

LAWSUIT CLAIMS MICHIGAN RISKS FRAUD, AS COUNTY HAS MORE REGISTERED VOTERS THAN PEOPLE WHO CAN VOTE

Rowell also said he believed only candy was stolen.

The Tummy Ache candy store has been a staple in the area for almost 20 years.

Henning explained that the store has just reopened Thursday for its summer season, noting that the Starshine ice cream truck was up and running as it had not been burgled.

The Tummy Ache had been closed for several weeks due to the coronavirus crisis.

According to the candy store’s website, it offers homemade treats and plays old cartoons daily. Goodies like cotton candy and snow cones are also favorites in the store.

“Moms and dads please be aware of what is in your homes and in your children’s pockets,” Henning said in the video, asking for help from the community to find the burglar.

Henning said she hoped to reopen the store Saturday.