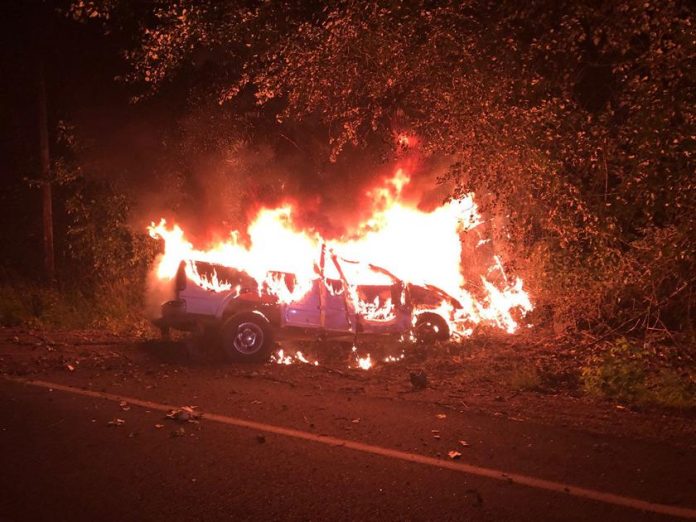 At around 3:35 a.m., emergency crews responded to the report of pickup truck fire at the intersection of Westside Highway and Early Bird Drive.

Cowlitz 2 Fire & Rescue said the pickup truck had rolled over, struck some trees, and then caught fire.

Bystanders, including a PeaceHealth St. John Medical Center RN who had just left from her shift, pulled the driver out of the truck and were with him when emergency crews arrived to the scene.

The driver, who has not been identified, received potentially serious injuries and was taken to an area hospital for treatment. His current condition is not known.

The truck was fully involved when fire crews arrived to the scene. Firefighters extinguished the flames within 10 minutes.

Washington State Patrol is investigating the crash. No further details have been released at this time.