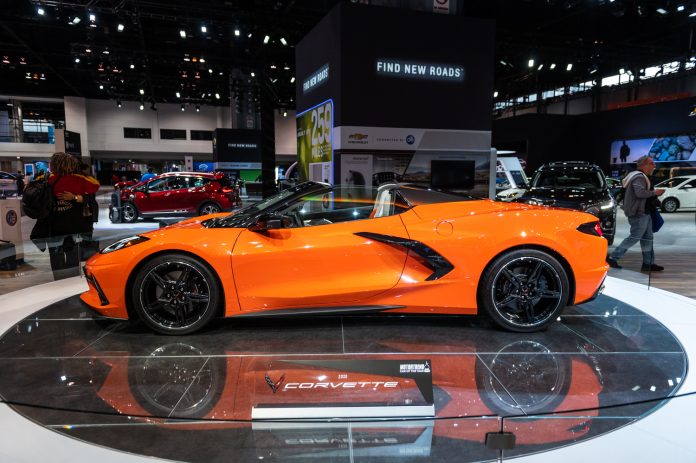 While the 2020 C8 Corvette has proved to be a great sports car, it’s not without its issues out of the gate. Chief among which are the OEM C8 Corvette axles that appear to give out when forces exceed factory tolerances. We already covered them snapping when someone tried to drag race a nitrous-equipped Corvette, even as the vehicle’s ECU tried to prevent it from happening by preventing gear shifts. In short, tampering with the C8’s delicate specifications will definitely put money in a tow truck driver’s pocket.

The other need for upgraded axles comes from the aftermarket tuning community. The C8 Corvette’s notoriously encrypted ECU is blocking most tuning modifications, but GM has said they are evaluating if they will/can allow tuners to access the unit . But after theoretical ECU access, the axles are not capable of taking much more force than stock, certainly not as much as nitrous, turbochargers, or superchargers would add.

Because of this, the first aftermarket, upgraded C8 axles are hitting the scene. Some of the first available appear to be from Driveshaft Shop (DSS), and claim to be good for up to 1,400 hp. We don’t see any C8’s getting up to those power levels any time soon, but it’s good to see the tuning community preparing for a possible breach in the ECU.

It turns out that the standard 2020 Corvette C8 axles are actually hollow, which doesn’t infer great strength. These new DSS axles feature a 300M 1.25″ diameter solid billet chromoly shaft, and 115mm 300M inner race. They are also direct bolt in, which will certainly make them easier to install.

If you’re planning on frequent hard launches, drag racing or future upgrades to your C8 Corvette, upgraded axles are a must. If you’re interested, you’ll have to inquire with DSS directly. Just as well, Cicio Performance is offering them up at the steep price of $1,997.98.