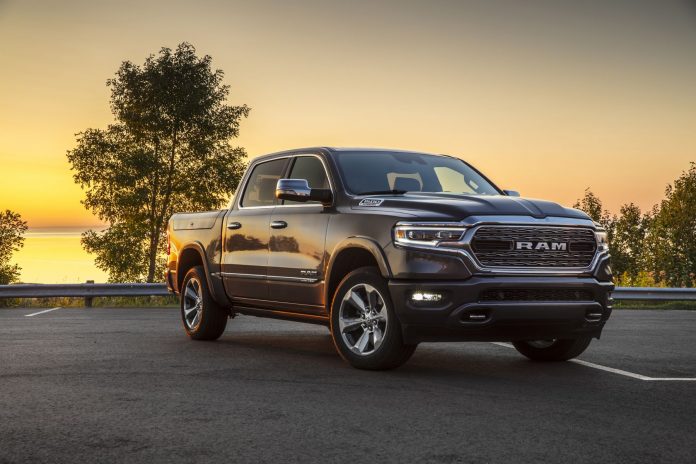 What do Canadians want? Pickup trucks. When do they want them? Now. What will stop them from buying them? Apparently, not a pandemic.

Each of Canada’s four top-selling vehicles in 2020’s first-half were full-size pickup trucks, a far cry from the pre-recession days of 2008 when a compact car was perched atop the leaderboard.

While full-size pickup trucks owned 13 per cent of the Canadian auto market the last time the auto industry succumbed to extraneous circumstances, in 2009, the same group of six vehicles currently produce 23 per cent of Canada’s auto sales volume.

And though total auto sales in Canada in 2020 are tracking to fall short of even 2009’s disastrous year by at least a couple hundred thousand units, full-size pickup truck sales in 2020 may well total 100,000 extra units than in 2009.

Short version: the market has shifted. As is so often the case, that shift is a story perhaps most easily told by the disappearance of passenger car demand. While overall auto sales slid by 45 per cent in 2020’s second quarter, during the depths of COVID-19 shutdowns, passenger car sales fell off a cliff, sliding 57 per cent, year-over-year, down an embankment toward irrelevance. Barely more than one out of every five new vehicles now sold in Canada is a car.

A correlation is directly visible in this list of Canada’s 10 best-selling vehicles during the first-half of 2020. Only two of the 10 vehicles are cars.

Hardly the environment into which an automaker wants to launch a perennial top-seller in a hot category, the first half of 2020 was nevertheless inescapable for the fourth-generation Escape. Sales are down by more than half for the new Escape. Second-quarter sales actually slipped 63 per cent, a loss of 8,143 sales over the course of just three months.

It’s an odd occurrence for a soon-to-be-banished former top-seller to reappear on Canada’s list of best-selling vehicles as production ends. The Grand Caravan ranked 12th overall at the halfway mark of 2019; 14th by the end of the year.

Yet the Grand Caravan’s ebbs and flows in Canada aren’t unusual, whether due to bargain-basement discounts, popularity with daily rental fleets, or, as in this case, the devastation wrought by COVID-19 on other high-volume nameplates. (Consider the Nissan Rogue, which outsold the Grand Caravan in 2019, but plunged 61 per cent in 2020’s second quarter.) Minivans aren’t dead, but the Grand Caravan’s demise certainly marks the end of an era.

As a fresh redesign, as a long-time global best seller, and as a compact with an unparalleled reputation for durability, you’d expect the Toyota Corolla to fare better than many rivals during a sudden drop-off in auto sales demand. In a sense, the Corolla has done just that: Corolla volume is down 40 per cent while the non-Corolla car market is down 49 per cent.

On the other hand, the Corolla is part of a rapidly shrinking car sector that’s fighting plenty of non-COVID headwinds. Car sales are down 48 per cent this year — SUVs, crossovers, vans, and trucks are down “just” 29 per cent.

Like the two vehicles ranked ahead and behind of the CR-V, this Honda utility vehicle is a testament to the popularity of built-in-Canada vehicles. (The degree to which the Made In Canada status matters to car buyers, we know not.) The CR-V’s rate of decline tracks in lock-step with its top-selling rival and almost exactly traces the overall market’s 34-per-cent decline, as well. At this rate, Honda will sell roughly 36,000 CR-Vs in 2020, a five-year low.

Still on pace to end 2020 as Canada’s best-selling car for a 23rd consecutive year, the aging tenth-generation Honda Civic hasn’t fared well through 2020’s challenges. Granted, the drop-off in Civic demand hasn’t been quite as severe as that of the overall car market as a whole (sales of which are down 48 per cent.)

But the Civic, which speaks on behalf of the passenger car sector, has seen its demand decrease at a significantly sharper rate than the industry at large. A year ago, the Civic ranked third overall.

Although nothing could be less predictable than 2020, the first half of the year suggests the Toyota RAV4 is cruising towards a fifth consecutive year as Canada’s best-selling SUV/crossover. Over the course of the last six months, the RAV4 has built up a 17-per-cent leadership margin over the next-best-selling Honda CR-V. The Canadian-built RAV4 has a far more sizeable lead over all other contenders. It outsells the third-ranked Ford Escape by two-to-one.

Combined sales of the Chevrolet Silverado and its GMC Sierra twin totalled 48,241 units in 2020’s first half, more than enough to land in the silver-medal position if General Motors hadn’t long ago chosen to separate its truck portfolio. Sliding through the pandemic relatively unscathed, the Silverado/Sierra tandem grew their share of the Canadian full-size truck market to 33 per cent in 2020’s first six months, up from 30 per cent a year ago.

Full-size pickup truck market share shot up from 18.6 per cent in the first half of 2019 to 22.5 per cent in the same period this year, a climb driven in large part by GM’s over-performing truck twins. The Sierra, by a narrow margin, is the better seller of the two. While vehicle sales plunged by more than a third, year-over-year, Sierra volume dipped by just 9 per cent.

It only takes the subtraction of the Ram truck line from the remainder of Fiat Chrysler Automobiles’ Canadian performance to see just how essential Ram trucks are to the company’s success. Without the Ram, FCA sales are down 41 per cent (rather than 33 per cent with Ram) to 41,846 units, just 6.5 per cent market share (rather than 18.2 per cent.)

Somehow still on track for a calendar year in excess of 100,000 sales, a feat no other vehicle line has ever accomplished in Canada, the Ford F-Series’ share of the Canadian auto market has actually increased to just under 9 per cent this year. Through the first half of 2020, the F-Series generated 54 per cent of all Ford Motor Company sales in Canada. 2020 is on track to be the 12th consecutive year in which the F-Series ended the year in the No. 1 position.

No injuries in pickup-train collision in Bartlett