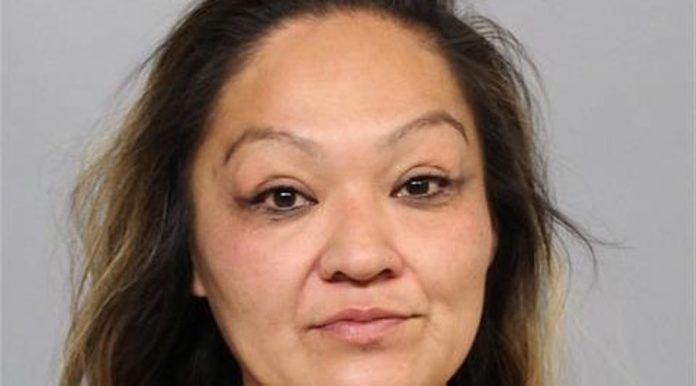 Authorities allege a Casper woman arrested after driving drunk into traffic on Interstate 25 early Tuesday told deputies she had COVID-19 and later spat in a deputy’s face.

Crystal Dresser, 35, is charged with assault and battery on a detention officer, driving under the influence, unlawful contact and interference.

The most serious charge, assault and battery on a detention officer, is punishable by up to five years behind bars, $5,000 in fines or both.

According to an affidavit of probable cause, dispatchers received a report of a dark-colored Toyota car driving north in the southbound lane of I-25 at roughly 2:20 a.m. Tuesday near milepost 182.

Not long after, a Natrona County sheriff’s deputy located the vehicle and pulled it over.

The driver, later identified as Dresser, allegedly told the deputy that she did not realize she was driving the wrong direction on the interstate, the affidavit says.

According to the affidavit, Dresser told deputies that she was on her way to Gillette to visit friends and had drunk two 40-ounce beers roughly one hour before being pulled over. Deputies could smell alcohol on Dresser and she had bloodshot eyes.

Dresser also allegedly claimed she was infected with COVID-19, but was not showing any symptoms nor had she been tested.

Deputies arrested Dresser. The affidavit alleges that on the way to the Natrona County Detention Center, Dresser yelled at a deputy and spat in the patrol vehicle’s cage.

Several detention center deputies greeted Dresser and the arresting deputy at the jail. When a deputy opened the patrol vehicle’s door, Dresser allegedly leaned back and spat in a deputy’s face.

Detention deputies then placed a spit mask on Dresser. Dresser’s saliva allegedly made its way onto the deputy’s face and uniform.

The 10 Best Pants for Overland and Off-Road Travel

Officials Shutdown I-95 After Semi-Trailer Flips Causing Fire Near Scottsmoor, No...

Week in review: Top photos of the week from AP |...