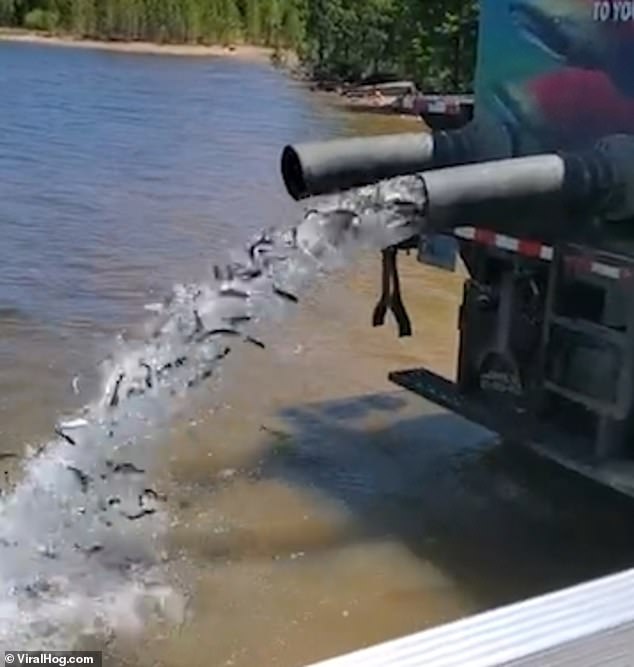 Catch of the day! Moment thousands of tiny fish pour out of a truck into a Wyoming lake to restock it

By Clare Mccarthy For Mailonline

This is the bizarre moment a father and son witnessed a lake being restocked with fish while on fishing trip in Encampment, Wyoming.

A video shows a truck from the Wyoming Game and Fish Department reverse up to a lake.

A man comes around to the back of the truck which has two large pipes jutting out over the water.

He pulls a lever and hundreds of little fish begin to pour out of the pipes and into the lake.

A truck from the Wyoming Game and Fish Department arrived at a lake in Encampment, Wyoming and began to empty hundreds of tiny fish into the water

The man filming the video says ‘There they go!’ as the fish begin to empty out into the water.

The men laugh in amusement as the tiny fish fly into the lake saying, ‘That’s cool.’

After about 90 seconds, the fish are mostly emptied and the heavy stream of fish reduces to a trickle as the last few are drained from the truck.

The video was captured last week on July 21. 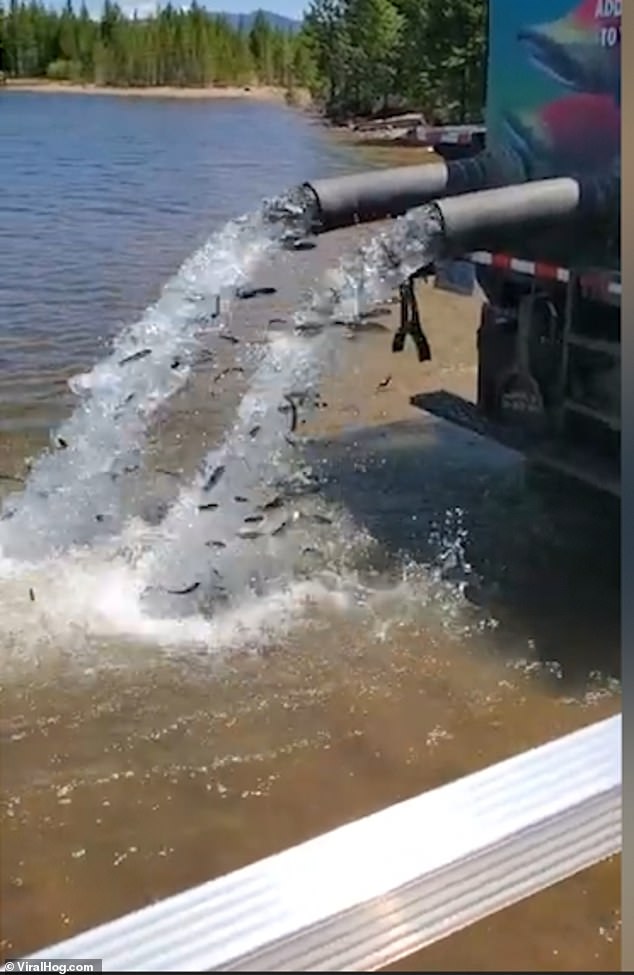 Fish restocking is used to populate lakes lacking natural reproduction. One river in Wyoming was restocked with over 100,000 Eagle Lake Rainbow Trout over the course of two days last year

According to Wyoming Game and Fish Department’s Fish Stocking Report from last year, thousands of fish are restocked into the lakes each year.

The practice may seem strange but is not uncommon in America to populate lakes lacking natural reproduction.

In one river in Wyoming – the North Platte River – over 100,000 Eagle Lake Rainbow Trout were restocked over two days last year.

The fish used for restocking come from fish hatcheries – a place for artificial breeding, hatching, and rearing fish through the early life stages.

As seen here in the video, fish stocking is done with the help of trucks that transport fish to a river or a lake and then are dumped into the water through a pipe system.