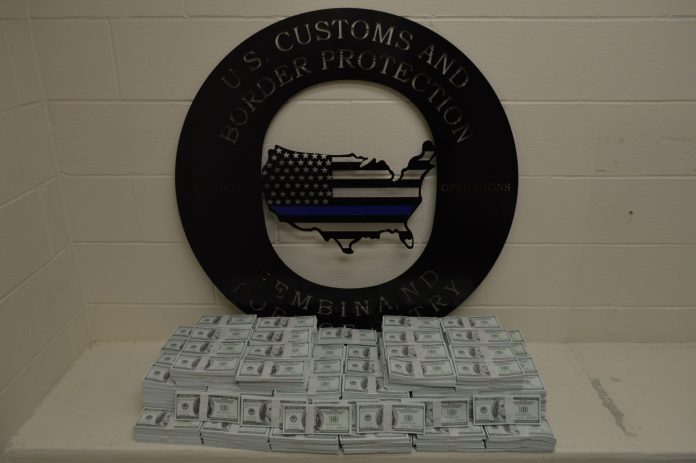 PEMBINA, N.D. ― U.S. Customs and Border Protection (CBP) officers at the Pembina Port of Entry have seized $3.6 million in counterfeit American currency from a truck arriving from Canada.

The agency said the fake bills were found Friday in a commercial shipment manifested as toy guns.

“Inspection of the shipment resulted in the discovery of nine toy guns as well as 36,000 $100 bills,” the agency said.

It added that examination of the currency revealed the bills were counterfeit. They will be destroyed.

“Working with other federal partners, CBP officers were able to keep this counterfeit currency from entering into the economy.”