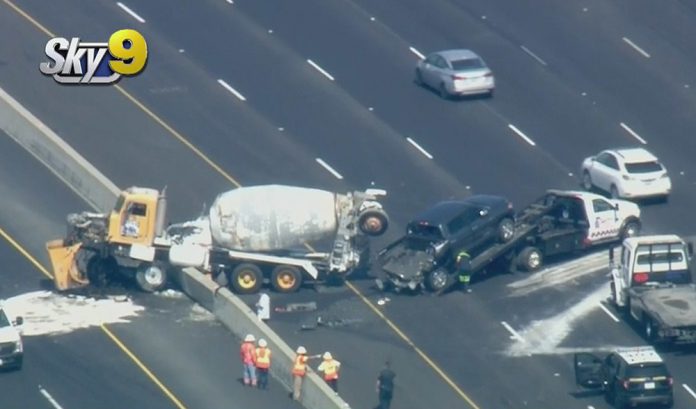 TUSTIN (CBSLA) — Several lanes of the 5 Freeway through Tustin were shut down for hours after a cement truck crashed into the center divider. Dispatchers say a cement truck was headed north on the freeway when it crashed into the center divider and left its cab in the southbound lanes. A Toyota Tundra pickup truck and a minivan were also involved in the crash.

No injuries were reported by the California Highway Patrol.