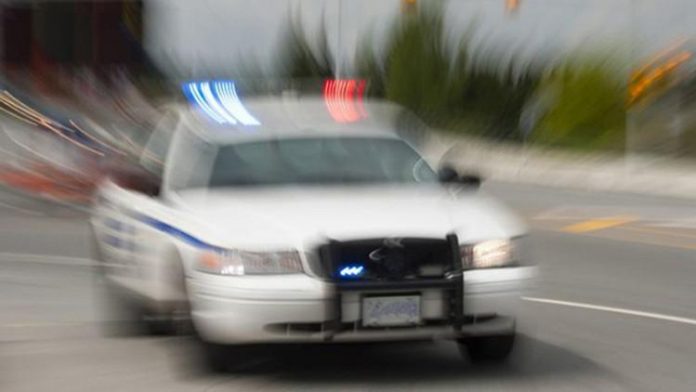 Disturbance: Police went to a parking lot in the 1700 block of North Congress Avenue in response to a report of an armed disturbance. Officers spoke to a woman and her teenage daughter. The teen said she had an ongoing feud with another teen that started on Instagram. The two were arguing when threats were made about guns and knives. She said the other teen began calling people to the area, causing her to fear people would arrive with weapons. The other teen denied making threats. No independent witnesses were found.

Drugs: Police on patrol spotted a drug transaction between someone in a green Kia SUV and a pedestrian in the 1300 block of North Sapodilla Avenue. As police approached, the motorist attempted to flee, but struck the pedestrian who ran in front of the vehicle. Police converged on the fallen man, while the Kia drove off. The man dumped the contents of a glue container on the ground and began ingesting the white rocks. He refused orders to spit out the substance. The man continued to resist arrest and ignore commands. Eventually he was taken into custody, and some of the white rocks were recovered from the ground. They tested positive for cocaine. The man was taken to a hospital for evaluation and faced numerous charges.

Battery: A man was at the waterfront in the area of Clematis Street and South Flagler Drive with a friend. The friend randomly asked the man whether he wanted to spar, but the man declined. Undaunted, the friend struck the man in the mouth, cutting his lip and knocking out a fake tooth. The friend then walked off. Fire Rescue treated the man for his injuries. Police were unable to locate his buddy.

Disturbance: A woman told police she and a man were involved in an argument in the 4100 block of North Flagler Drive. When she told him she could not pay him the $10 she owed him, the man choked her, she said. The woman had red marks and scratches on her neck. A witness told police that both parties are his friends, and claimed the altercation was only verbal. He said the woman’s injuries were self-inflicted. The alleged assailant could not be found.

Theft: A license plate was removed from a vehicle in the 4800 block of Sand Dune Circle.

Theft: More than $500 worth of merchandise was stolen from a store in the 1100 block of 45th Street in two incidents involving two men in a Honda Element.

Theft: A man in the 1500 block of South N Street reported the theft of a package from his front door. A deputy obtained surveillance video, which showed that no package was delivered to the residence. The man later said he was given misinformation from the company that sent the package.

Criminal mischief: Someone slashed two tires on a vehicle in the 900 block of North Ocean Breeze. A second vehicle at the address was untouched.

Strong-arm robbery: A man was standing on the sidewalk in the first block of South Dixie Highway when a man known to him came up, punched him and knocked him to the ground. His assailant then reached into the man’s pocket, grabbed three $1 bills and fled.

Battery: A man was in his driveway in the 1000 block of West Broome Street when he heard a truck speed down the road, then hit the brakes and come to a stop. The man shouted to the driver to slow down, because kids and dogs are in the area. The truck driver backed up, shouted profanity at the man, then got out of his vehicle. He pushed the man three times in the chest and asked him what he’s going to do about it. The man told his girlfriend to call 911 and write down the tag number of the truck. The motorist got back into his truck and left. Police were unable to find the truck in the area.

Robbery: As a woman left a store in the 1100 block of Hypoluxo Road, a man approached her, snatched her gold necklace off her neck and fled. The necklace was valued at $400. The woman told police she had seen him in the store while she was shopping. He was wearing a black hoodie and polka dot sweatpants, she said. The woman declined to pursue the matter.

Theft: Two bikes were stolen off the porch of a residence in the 700 block of North Seventh Street South.

Theft: A woman was notified of a withdrawal made on her account at a bank in the 1100 block of Royal Palm Beach Boulevard. The woman said she did not make the withdrawal, then realized her bank card was missing. She closed the account and was issued a new card.

Criminal mischief: A resident in the 1100 block of Hyacinth Place saw his outdoor sensor light come on at 4 a.m. He looked outside and saw a man approaching his vehicle. The man then took off running, and soon a truck drove down the street at high speed. Later, when the man was going to work, he discovered damage to the driver’s side window on his vehicle. Damage was estimated at $300.

Theft: After shopping at a store in the 2600 block of South State Road 7, a woman left her wrist wallet in her cart. An employee took her cart before the woman realized she had forgotten her purse. When the woman realized what she had done, she contacted the store manager, who said the employee had gone home for the day. the store manager refused to provide information to a deputy without a warrant because of corporate rules and policies. The wallet contained $200, a business check for $56, a driver’s license and credit cards.

Theft: A license plate was removed from a broken down vehicle in the 1000 block of Seminole Pratt Whitney Road.

Criminal mischief: A woman in the 6100 block of Seven Springs Boulevard reported that someone had keyed her vehicle, which was parked in its assigned spot. The woman told a deputy she has had issues with neighbors in the past. Damage was estimated at $1,000.

PUBG brings exclusive Livik map to mobile; here’s everything that’s new and how to get it now

Pickup Truck Wrongfully Overtakes Car and Gets Pulled Over by Cops...