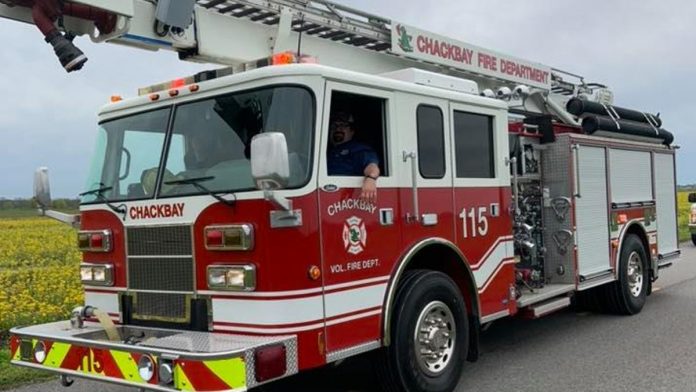 Voters in Chackbay will decide Nov. 3 whether property owners will pay $30 more a year for fire-protection services.

Lafourche Parish Fire District 8-C, which contracts with the Chackbay Volunteer Fire Department for services, is asking voters to approve the additional $30 parcel fee increase beginning in 2021. It would raise an additional $60,000 a year.

It marks the first time the fire department has asked for an increase since the existing $45 parcel fee went to effect in 2005. With the $30 increase, Chackbay residents would pay $75 a year per occupied, addressed home or business on their property for 10 years.

“It’s kind of like a sales tax,” Thibodeaux said. “Everybody pays it. It’s defined at the parcel level, not at the value level. Everybody votes on the parcel fee.”

If the tax proposal fails, the $45 parcel fee will remain in effect because it was renewed in 2015, Thibodeaux said.

Falgoust said the parcel fee was put into practice in the Chackbay area because it was fairer to taxpayers.

“When this was first approved in 2005, there were a lot of property that were homestead-exempt, so you would just have a few people paying a lot of taxes,” he said. “So the fire district at that time decided the parcel fee was the fairest option. Chackbay doesn’t have a lot of commercial property, which is where some of these millages pick up their money. It’s worked well for us.”

Falgoust said the parcel fee has paid for a new fire truck, hoses and other equipment to help maintain the department’s ranking with the Property Insurance Association of Louisiana. The association rates departments’ level of fire protection on a scale of 1 to 10, with 1 being the best, and a high ranking helps keep homeowners’ insurance costs low.

Chackbay was a Class 7 before the fee was implemented but is now a Class 5, Falgoust said.

“We’re not asking for a lot,” he said. “We’re just asking for enough to get by. Insurance rates are affected by it. Typically, if you have a fire department that goes up and down in ratings, that results in savings or extra costs, depending on which way things go. Personally, I think it would be cheaper to spend an additional $30 in taxes than my insurance going up $200 or $300.”

The 25-member all-volunteer fire department will be rated again in 2023. With the extra money, Falgoust said, department hopes to increase its insurance rating. Chackbay collected about $100,000 this year, he said.

“There’s a good possibility we could go to a 4, but I can’t make any promises,” he said. “All fire departments are rated the same. Some have a whole lot more money that we have.  It’s time to start replacing equipment and gear for the firefighters. It doesn’t come cheap. Nobody gets paid. It’s a 100% volunteer fire department. This doesn’t go to salaries or anything like that.”

The new tax hasn’t been without controversy. Some residents have questioned the timing of the proposed parcel fee.

“Wow this is out of control,” said one Facebook user. “Manage your money better plus you have a fair. People are already on hard times and if it’s not paid we lose our property. I don’t think so.”

Falgoust said he understands the local economy has taken a beating from the coronavirus outbreak.

“We understand this is poor timing, but it’s not by design,” he said. “Something like this takes a long time to make it to the ballot. It’s something we started working on well over a year ago. It was well in the works before COVID-19. There are a lot of factors we didn’t plan.”

“Our firefighters risk their lives for free, and all they ask for is that we have the money to purchase the equipment they need,” he said. “I don’t want to send anybody into a burning building with 25-year-old gear on.”

Do not allow negative emotions to overwhelm you | Laramie