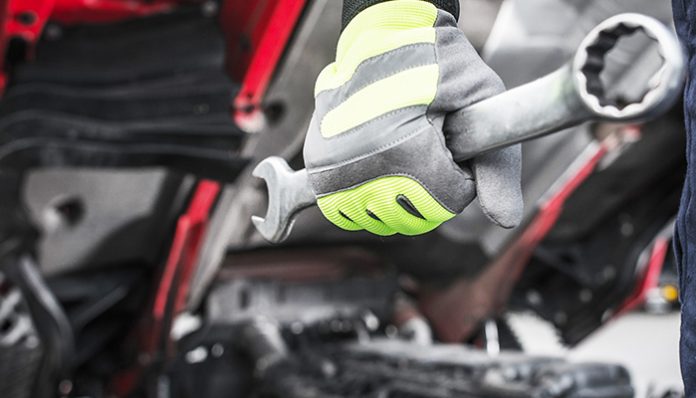 More than 50 million Americans suffer from allergies, and allergies are the sixth leading cause of chronic illness in the U.S., according to the American College of Allergy, Asthma and Immunology.

Yet despite being the last line of defense between the driver and airborne particles, a truck’s cabin air filters routinely go unchecked.

“Drivers spend a lot of time in vehicles and these filters can greatly reduce contaminants that otherwise would be inhaled. A driver that suffers with allergies can benefit considerably with a clean cab filter,” says Puff.

Cabin air filters perform a role much like that of the filter in a home HVAC system, capturing many allergens, pollen, dirt, dust, molds and some bacteria before they reach the cab. “It also can help remove emissions particulate matter like soot,” Puff says, “basically helping to scrub the air in the cabin.”

“There are a lot of people who recommend replacing cabin filters in the beginning of spring because of high dust, pollen and allergen counts in the air,” Puff says. “If cabin air filters are scheduled for replacement annually, I prefer to schedule the replacement in late spring or the beginning of summer.”

If the filter is replaced before the pollen count rises, Puff notes the driver could have a clean filter for the beginning of pollen season but operate the other 10 months with a partially restricted one. If it’s replaced after pollen season, he said, the unit will operate approximately nine months with a pollen free filter before it starts collecting it the following season.

Duty cycle and the environment in which the truck operates, off-highway versus on highway, for example, can also play a role in the replacement cycle, Alley says.

“If the air is fairly clean, the life can be extended,” he says. “If there are many air particles, then the interval should be reduced.”

“If there is an excess of pressure across the filter, it can cause early damage and wear to the air moving unit and components as the restriction increases,” Alley says. “If the restriction increases significantly, without a change, the seal can be compromised and particles can go downstream past the filter. If this happens, it can further damage fans, motors and valves inside the clean air delivery pathways, as well as deliver unwanted particles to the operator cabin.”

Clogged filters restrict airflow across the evaporator, causing the performance of the HVAC unit itself to suffer.

“Another advantage of replacing the filter in late spring is the filter will start the summer months with a restriction-free filter allowing more airflow across the coils,” Puff says. “Less air flow is less heat transfer when the air conditioning system is working the hardest.”

At less than 100 percent HVAC capacity, drivers might find it difficult to cool the cab. Anytime a driver notes their air conditioner isn’t cooling as it should on an inspection report, Bell says the cabin air filter should be the first thing checked by a technician.

Alley added there could be various other signs that the cabin air filter needs replacing, including lower-than-normal air flow, unpleasant smells, hissing sounds when at a high fan speed and particles coming out of the air vents.

“If the cab air filter is ignored, it will become clogged with particles that it has captured,” Copot says, “and that will lead to unpleasant odors in the cab whether the HVAC system is being used or not.”