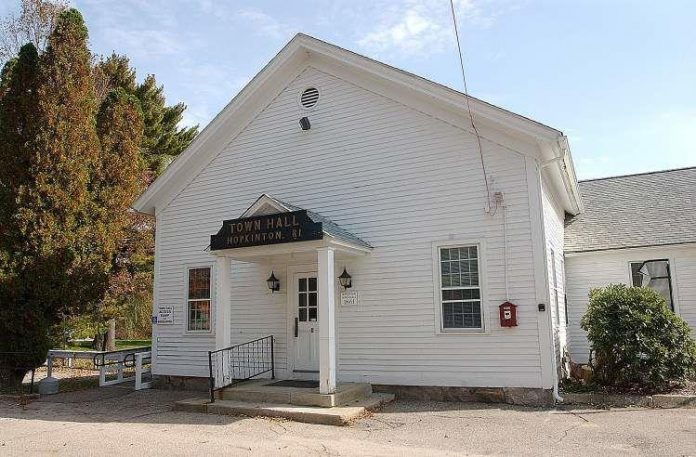 RICHMOND — Council members engaged in lengthy discussions of the Chariho schools budget and an upcoming food truck event at their remote meeting Tuesday.

The $53.5 million Chariho budget, which remains in limbo until the district receives guidance from the state on how, or even if it will conduct a budget referendum, was the subject of an April 27 letter from Sen. Elaine Morgan, R-Richmond, Hopkinton, Charlestown, addressed to members of the council.

Morgan expressed concern that residents might not have an opportunity to vote on the proposed spending plan. The referendum scheduled for April 14 could not take place due to COVID-19 restrictions.

In addition, with schools closed since March 13, Morgan asked whether the money the district has saved from not having students in the schools could be used to reduce the budget and ease the burden on taxpayers.

“I just wanted to discuss this properly, because if there is a savings, we owe it to the taxpayers of Richmond to explore this and see how these savings can be carried over and identified – identified being key,” she said.

Other councilors agreed that the savings, such as the monthly expenses for student transportation, should be passed on to residents, but Interim Superintendent of Schools Jane Daly explained that while not necessary now, some expenses, such as school buses, would be resume in August. The district has not paid a school bus bill since the second week of March when schools were ordered closed.

“We still have to have buses to do routes and have those routes established to be able to start the school year for August, so there’s still questions about what kinds of funds the company’s going to need to be able to help us to do that and we’re still working on it,” she said.

Chariho Director of Finance and Administration Susan Rogers said the district was hoping to realize savings from the closures but it was premature to predict how much those savings would be and what additional expenses might be incurred in September.

“I am a taxpayers in Richmond, so I definitely understand,” she told the council. “But it is such an unknown right now regarding the next school year, regarding additional special education costs. Nobody knows what the governor is going to do as far as how far do we have to space the children. We’re not even going to know what type of additional expenses we may have for next year, so we’re just slowly working our way through this as your town is doing the same thing. But we definitely hear you and we’re trying to be as transparent and open as possible.”

Town Solicitor Karen Ellsworth addressed the issue of the Chariho budget referendum. The district would be permitted to continue operating with the current budget, but only until a new budget is drafted and approved.

“The School Committee is required to prepare a new budget and conduct a new referendum. The Chariho Act also allows the district to continue operating after July 1 with the previous year’s fiscal budget,” she said.

Food trucks will roll in June

Council members addressed the issue of the much-anticipated food truck nights in the town, which were scheduled to begin on May 21. Organizer Eric Weiner of PVD Food Truck Events said the start date had been pushed back to June 18 due to coronavirus concerns. The event has also been modified to take place in a virtual format.

“We would have six or eight food trucks parked in four of five locations rather than all being congregated at Town Hall, and people could order online in advance, go to the truck and pick up their food and take it home, hopefully stop at a liquor store along the way and buy some local products.”

Four council members said they supported the virtual food truck proposal, but Carpenter said she had concerns that the town might end up having to shoulder some of the cost. The town has applied for a $10,000 grant from the Rhode Island Foundation for the food truck nights, but Carpenter said she doubted the application would be successful, given the current circumstances.

“I don’t want to predict the future, but I’m not seeing that grant go through because the Rhode Island Foundation is putting their money in more substantial concerns right now as they relate to the pandemic and to COVID,” she said. “If we don’t get that grant, I cannot support anything that would give any economic burden on the taxpayers.”

Weiner has assured the town that a scaled-back food truck night will not cost the town and he reiterated his pledge on Tuesday.

“I thought that we had approved these events, trying to get the grant and that we committed to, if the grant didn’t come in, to make this revenue-neutral for you in terms of just scaling back what it is we do and how we offer it,” he said. “People are desperate for any occasion to get out in their communities, so the idea of scrapping this, of canceling it because we don’t know when or how we can do a real event is something people will be very upset about.”

Carpenter also raised concerns about the need for a police detail and who would pay for it, restroom facilities, and competition with existing restaurants in town.

Eventually, however, it was Carpenter who made the motion that the virtual food truck nights be allowed to begin on June 18, as long as they didn’t end up costing the town and social distancing guidelines were observed.

The vote to approve the motion was unanimous, and Nassaney said he was looking forward to bringing the food trucks to Richmond.

“This will actually be a really good opportunity to test the validity of the product that we’re looking at,” he said. “It’s like a free feasibility study, if you want, and you get to eat while you do it.”

Steinbach man accused of 4 robberies in Winnipeg arrested after police...