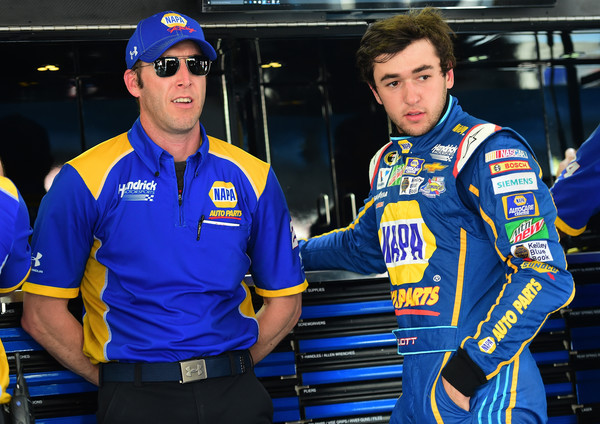 Elliott will make his Homestead-Miami Truck Series debut in the Baptist Health 200 on Saturday, June 13 at 7:30 PM EST. He will drive the Number 24 ‘HendrickCars.com’ Chevrolet Silverado.

Elliott announced the new deal on his Twitter. He said, “Excited to be back in the @hendrickcars @TeamChevy truck for @GMSRacingLLC this Saturday at @HomesteadMiami.”

Additionally, he added, “Check out the truck and gear here: https://store.chaseelliott.com/collections/hendrick“

Hendrick is excited to partner with Chase Elliott

Hendrick Automotive executive Brian Johnson said, “This opportunity to race with Chase Elliott is a valuable marketing platform for Hendrickcars.com,”

After that, he added, “Chase is a tremendous friend to our company, competing for one of the fastest teams in the series with GMS Racing.”

Additionally, he talked about the company’s race day marketing event. he said,  “With our Silverado Sale happening now at Hendrickcars.com, this is a unique opportunity to showcase the hundreds of new and used Silverado trucks we have available at great prices, low-interest rates, and deferred payment options. We are proud to be a part of this weekend’s primetime event.”

Recently, Chase took a remarkable Truck Series victory in Charlotte. He broke Kyle’s ‘7 race win streak’ and won the $100,000 bounty offered by Kevin Harvick. Chase later decided to donate a part of the amount to Kyle’s charity as a goodwill gesture.

In conclusion, Chase and Kyle’s rivalry has been brewing for some time now. Every week, they are battling it out on-track and off-track. And now with Chase committing more to the Truck Series the racing action will be even better.