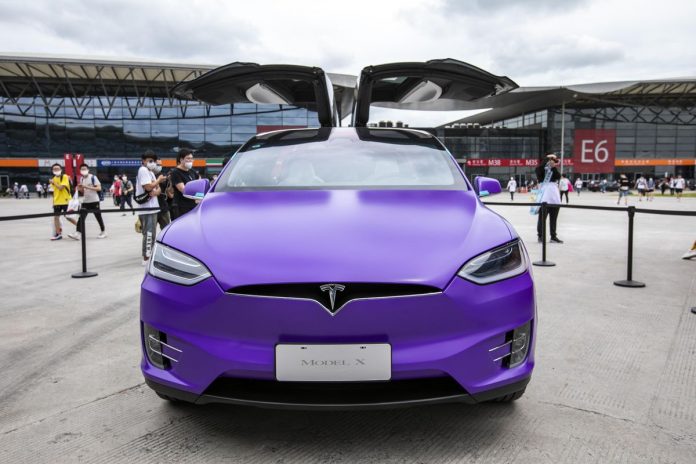 Sales of big ticket items like passenger cars, trucks and buses are dependent on a high level of consumer confidence and the strength of the country’s overall economy. On both measures, China data has turned positive, so it is not surprising that vehicle sales in China have been trending upwards in recent months.

China’s stock market, as good a measure as any of consumer confidence, is up 15% from its lows in March when the country was just coming out of its Covid-19 shutdown. In terms of the Chinese economy, Andy Rothman, Chief Sinologist for Matthews Asia, commented in his recent report that: “China’s V-shaped economic recovery continued for a fourth consecutive month in June, led by strong domestic demand. If Covid-19 remains under control, China can remain the world’s best consumer story.”

As a result of, and contributing to, China’s overall economic recovery, vehicle sales have been registering strong increases in recent months. After a disastrous February, when vehicle sales declined by 79.1%, the year over year sales decline was reduced to 43.3% in March. Once most factories across the country, including those in Hubei province where the virus appears to have originated, resumed operations in late March, vehicle sales broke a 22-month losing streak in April with a 4.4% increase. Strong monthly unit sales growth continued in May with a 14.5% increase, and double-digit growth was registered once again in June with an 11.6% gain. Despite strong sales in recent months, the industry is still recovering from the declines in the first quarter, so vehicle sales of 10.3 million units for the first six months of the year were 17% lower than sales in the first half of 2019.

In the wake of the Covid-19 crisis, China’s central government has urged local governments to stimulate car sales, and the auto data in recent months reflects the measures taken at the local level. All levels of government have responded by increasing support for personal auto consumption credit and loosening purchasing restrictions such as those that limit the number of new licenses that may be granted. Local authorities have also introduced other incentives to boost auto consumption, such as granting subsidies to car buyers, encouraging sales expansion in rural areas and supporting the promotion of used cars.

Apart from government measures, the Covid-19 crisis appears to have stimulated demand as more consumers realize the importance of private car ownership and automakers have experimented with new ways to showcase and sell cars. According to a recent survey, J.D. Power, a leading provider of auto market information, found that nearly half of the Chinese consumers it interviewed who had no plans to purchase a car before the outbreak the virus said they were now considering buying a car. Covid-19 has also encouraged automakers to make greater use of the internet and online car displays to market and sell cars. In April, an online automobile exhibition that displayed over 60 vehicle brands attracted more than 91 million visitors in 20 days.

In terms of vehicle types, passenger cars and trucks showed positive trends in June, but sales of New Energy Vehicles (“NEVs”) continued to show a decline compared to June 2019. While sales of passenger cars and SUVs have been increasing at more modest single digit rates, truck sales surged by 73% in June, and have increased by 11% year to date. Truck sales are being fueled by increased infrastructure spending and a switch to lower emission vehicles. Within the truck segment, sales of heavy-duty trucks were up 63% in June and are 24% ahead of last year for the first half of the year.

Sales of NEVs have suffered from the overall industry decline, but also from uncertainty as to government policy. In June, NEV sales were down by 33% compared to the same month last year, and 37% year-to-date. For the past several years, the Chinese government has been slowly rolling back the generous subsidies that it has provided for purchases of NEVs and that have enabled China to become the global leader in NEVs. The Chinese government cut subsidies in July, 2019, and was on record as saying that it planned to phase out subsidies after 2020. As a result of the subsidy cut last July, monthly NEV sales dropped for the first time in two years and continued to fall throughout the rest of the year. Faced with falling sales and the impact of Covid-19 this year, China announced in April that it will extend state subsidies and tax breaks for NEVs until the end of 2022. The Government’s “on again, off again” policy towards subsidies has created confusion in the marketplace and has impacted NEV sales.

Buoyed by the recent strength in vehicle sales, industry experts believe that sales will continue to rebound in the second half of the year. Favorable factors such as continued government policy support; new promotion efforts by the automakers; increasing consumer confidence; and continued strength in commercial vehicles will contribute to a strong second half in their view. While the consensus view is that China’s auto sales will decline by 8% for the full year, this latest forecast represents an improvement from the decline of over 15% percent that was predicted at the peak of the Covid-19 crisis earlier in the year.

The projected decline in auto sales in China in 2020 will come on the heels of sales declines of 8.2% in 2019 and 2.8% in 2018. As a result, auto executives in China are looking forward to 2021 when sales of passenger cars, trucks and buses are expected to show a significant increase, the first in over three years.