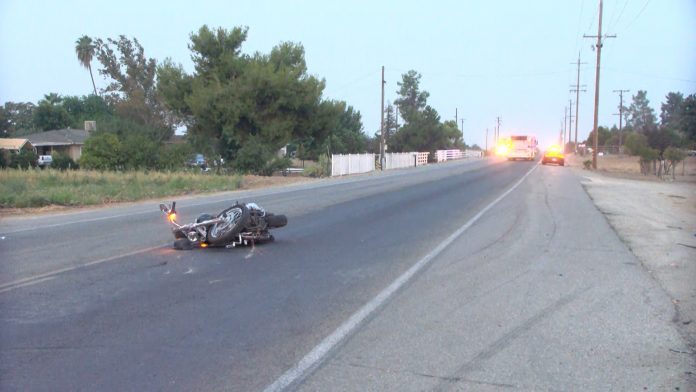 FRESNO, Calif. (KSEE/KGPE) — A motorcycle driver is in the hospital after being dragged several feet by a hit-and-run driver.

The crash happened around 5:30 a.m. near Brawley and Jensen avenues in Fresno county.

The Highway Patrol says the driver of a pick up rear-ended the motorcycle driver, catching him underneath the truck, dragging him before he eventually became dislodged.

The CHP is looking for a white Ford F-150 pick up truck with front end damage. The driver could face felony charges.

The rider is in the hospital with serious injuries.

For local, national, and breaking news, and to get weather alerts, download our FREE mobile app from the Apple App Store or the Google Play Store.