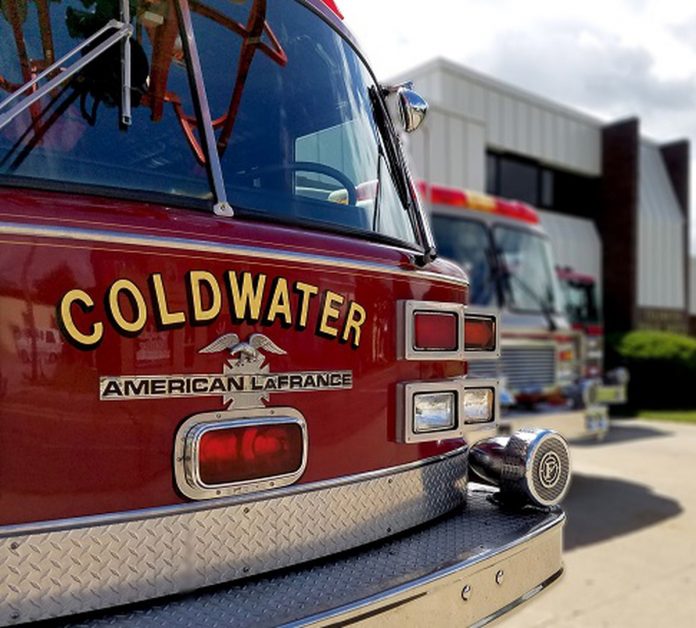 New utility truck which would replace a 1985 DNR grass rig and a 2003 pickup truck.

COLDWATER, MI (WTVB) – The Coldwater City Council approved a request from Fire Chief Dave Schmaltz on Monday night to have the fire department buy a new utility truck which would replace a 1985 DNR grass rig and a 2003 pickup truck.

While it was not identified in the 2020-2021 budget, Schmaltz offered to replace the budgeted negative pressure turnout gear exhaust room in exchange for authorization from the Council to buy the utility truck.

The department would buy the vehicle from Cole Ford of Coldwater for just over $57,800.

Schmaltz said the original plans called for the expansion of the station towards the east thus creating two new bays which would then have provided the necessary space for the new turnout gear room. But with the cost of expanding the bays exceeding $300,000 and the room being quoted at $70,000, it was felt the project could not move forward at this time.

He added the D.M.S. mechanics did a complete inspection on the 2003 pickup and recommended to remove it from service due to several mechanical issues including a considerable amount of rust throughout the truck and the need for a new brake system.

Jim Measel is a Detroit native and a proud 1975 Redford Thurston High School graduate. He first came to WTVB in 1991 and has nearly 40 years of broadcasting experience in news and sports. Besides covering local high school sports, Jim has also covered Western Michigan University basketball and hockey as well as Hillsdale College football games. Some professional stops include working at radio stations in Indiana, Charlotte and Lansing as well as the Michigan Radio Network. He has also earned Associated Press awards for news coverage and sports play-by-play. Jim’s favorite career highlights include interviewing such figures as Gordie Howe, Sparky Anderson, Tom Izzo, Bo Schembechler, Isiah Thomas, Vice-President Mike Pence, Lee Greenwood and Regis Philbin. When he is not working, Jim enjoys watching the Chicago Cubs and can rest in peace as they won the World Series. He also hopes the Lions will be able to get a chance to win a superbowl.