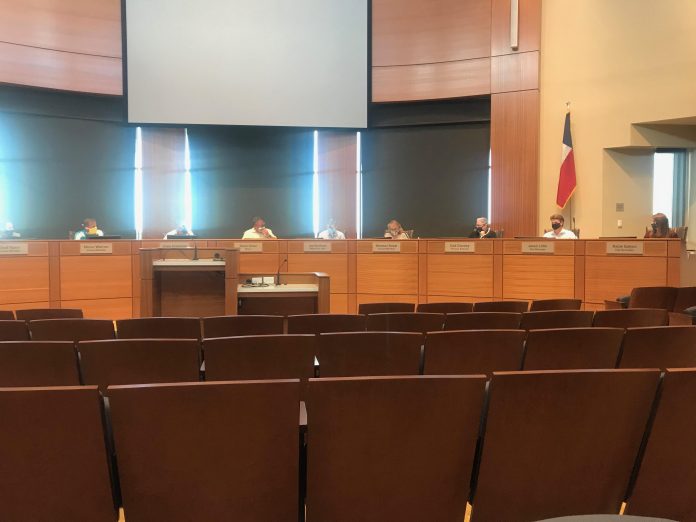 MELISSA – The Melissa City Council voted Aug. 26 to table a decision on new food truck regulations until a later date.

The move came after city staff expressed concerns that vendors could use a loophole in the proposed amendments to stay in the same place longer than the city intended.

The food truck regulation proposal was brought before the council in response to feedback from the Planning & Zoning Commission.

Currently, the city’s laws regarding food trucks are somewhat vague.

The goal of the new amendments would be to better prepare for the city’s future growth, which may include food trucks.

Under the proposal, the city would spell out specific health guidelines and a new permitting process. It would also establish a new “Mobile Food Truck/Mobile Food Truck Park” land-use category.

Under the proposal, a food truck that stayed in the same spot for more than three months would be considered permanently stationed. This would require its owner to apply for permanent zoning through the specific use permit process.

City staff and council members were worried about how the city would enforce the three-month limit.

There was some thought that vendors could skirt the spirit of the law by leaving the spot briefly only to quickly return and stay for another three months. Also of concern is the number of food trucks that would be allowed on a specific property.

Director of Development and Neighborhood Services Tyler Brewer said that after discussing the amendment with the city attorney, city staff recommended that the resolution be tabled until those issues could be addressed.

In the meantime, staff planned to review ordinances from other cities and formulate a solution that would alleviate those issues.

The council agreed and voted unanimously to take the issue up again at a later date.

“I think three months is pretty generous. If that’s consistent with other local nearby ordinances, then I’m OK, but I think I want the reset period to be stretched out a little way,” Place 5 Councilman Craig Ackerman said.

Budget vote set for next month

In what was largely a formality, the city council also voted unanimously Tuesday to conduct a public hearing and vote during the Sept. 8 council meeting on the city’s proposed fiscal year 2020-2021 budget and property tax rate.

2 recent COVID-19 cases in Manitoba didn’t self-isolate after contact with...