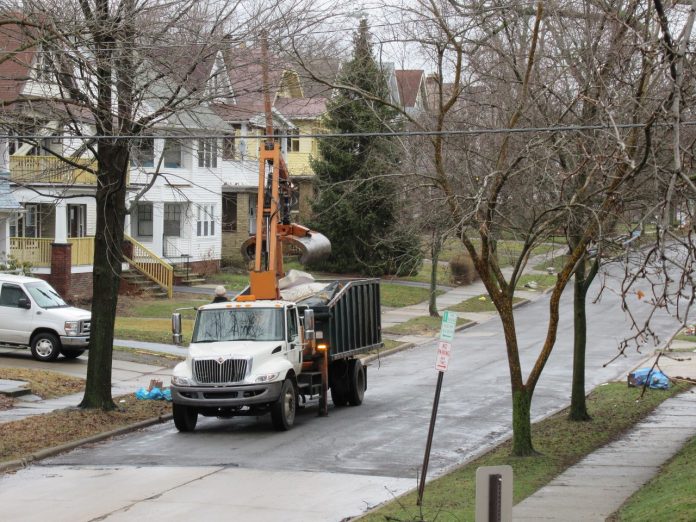 CLEVELAND, Ohio – Cleveland City Council has approved leasing eight trucks with grappling arms that would allow the city to resume collecting bulk refuse without putting workers at risk of exposure to the coronavirus.

The legislation, which Mayor Frank Jackson is expected to sign this week, will clear the way for a once labor-intensive effort to become automated. The contract will cost the city about $460,000 for a year. A portion of the money spent on the leasing will apply to purchase.

The bulk pickup service is for large items such as furniture, appliances and old tires and collections involve more people than trash removal.

Jackson suspended the service for April and May, over concerns that work crews would be put at risk from having to handle items with large surface areas where COVID-19 coronavirus could be found, and that social distancing would be an issue for the crews.

Members of City Council, though, recently raised the need for the pickup to resume, warning that piles of refuse were starting to crop up in their wards.

Regular garbage pickup is largely automated. Mechanical arms latch onto and empty bins into the back of the truck.

The new vehicles with the grappling arms will be able to pick up and deposit bulk items into trucks. Workers won’t touch the surface areas.