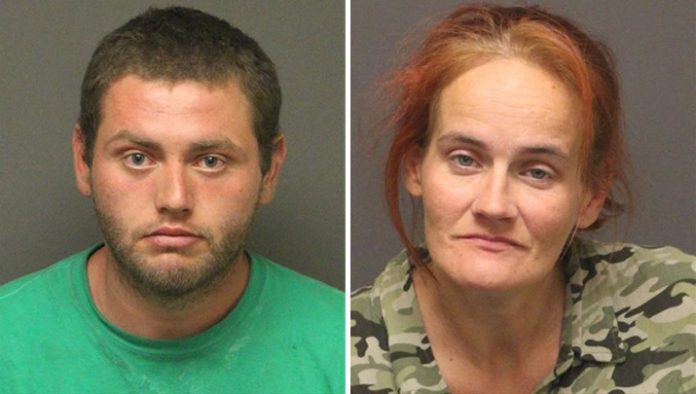 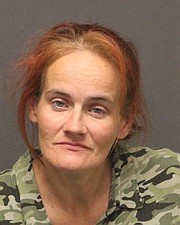 KINGMAN – Tyler Dakota Johnson, 25, of Colorado, and Erica Ann Campbell, 33, of Texas, were arrested by the Kingman Police Department after the latter responded to a report of shoplifting on Tuesday, June 23.

Officers responded to a store in the 3300 block of Stockton Hill Road, where it was reported that shoplifting suspects had left the area in a red Ford truck. Officers located and stopped the vehicle as it entered the westbound Interstate 40 on-ramp at Stockton Hill Road.

The driver and passenger were identified as Johnson and Campbell, respectively. KPD said that during the traffic stop it was discovered that the license plate on the truck had been reported stolen. Also located during the stop, according to law enforcement, were methamphetamine and associated drug paraphernalia along with the stolen items from the store.

Edinburgh Fire & Rescue cuts response time in half with 24/7...