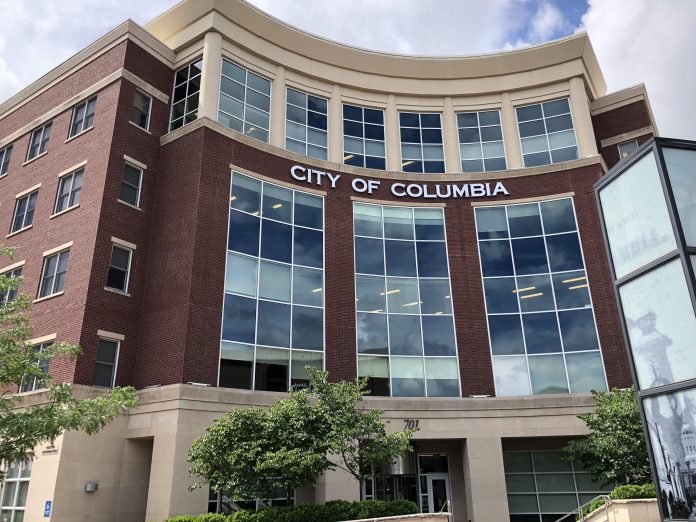 The Columbia City Council scuttled plans for a November ballot measure authorizing the use of roll carts for refuse because the deciding vote was absent Monday night.

An ordinance that would have placed the question before voters failed Monday on a 3-3 vote. Fourth Ward Councilman Ian Thomas — who voted earlier this summer to direct staff to write the ordinance — was not present to cast his vote.

The vote was one of several directly impacting the city’s refuse collection system, targeted for cuts in the budget year that begins Oct. 1. City Manager John Glascock has proposed eliminating curbside recycling and ending the program that provides black refuse and blue recycling bags for residential refuse.

During the discussion of roll carts, Fowler said she voted against authorizing the ballot measure of the expense of the election. The $200,000 cost is too much at a time when the city is cutting other expenses in the upcoming budget, she said.

Roll carts are likely to be introduced at some point, she said, but other projects could use that money.

“I know this is a substantial amount of money to spend, but when we look at this, that $200,000 represents something we have been unable to do in the last five or six years that we’ve been talking about this,” Fowler said.

The last time the city tried to replace the bag system with roll carts, an initiative petition by opponents led to a election in March 2016. In that balloting, about 54 percent of voters directed the city to keep the current system.

Fowler said that she would not be against adding roll carts to the ballot in April, which would not cost as much. At that election, the cost would be included in the cost of the annual council election.

Fifth Ward Councilman Matt Pitzer, told the rest of the council that he supported roll carts, citing his concerns for the safety of refuse collectors.

“The management problem here is really from us, and from our unwillingness to do the right thing,” Pitzer said. “It’s unfortunate that we’ll try to fix this while leaving the staff’s hands completely tied and unable to access and use the one tool that could actually really help them solve their problem.”

Pitzer remineded the council of how the city reacted when firefighter Donald Crum became the only firefighter in Columbia to died while on duty in 1986. Crum was on the back of an fire truck, routine at the time, when it flipped, killing Crum.

“After that incident, the fire department recognized that having their workers ride on the back of trucks was inherently dangerous,” Pitzer said. “And it said we are going to work, make sure that nobody has to hang off the back of a truck. And we’re going to work with the City Council to find a way to buy trucks that protect our worker’s safety…If we’re willing to do that for our firefighters, and I’m glad we were 34 years ago, I mean we ought to be willing to do the same thing for our refuse collectors.”

“Right now we’re exposing them to serious injuries, all the way up to death, and it’s just not the right thing to do,” he added.

Third Ward Councilman Karl Skala commented that he believes that reducing refuse collector’s injuries without implementing the use of roll carts is possible.

“Frankly, we’re not on a fire truck that’s going around the corner at speeds that would injure folks to that extent,” the Councilman said.

The ordinance eliminating the bag program and ending the mandate that the city collect residential recycling was split into three votes at Pitzer’s request.

The bags would not be needed if roll carts are introduced. Repealing the mandate to collect recycling from residences would make permanent the suspension of those collections implemented July 8.

During discussion, Treece noted that that the refuse utility does not charge people a separate fee for recycling. But he opposed the repeal ordinance, he said, because of strong support throughout the city for the current collection program.

“I don’’t know that I want to repeal an ordinance simply because we are not following it,” Treece said.

In response, Pitzer said called the bag system “antiquated” and said repeal would recognize realities in the budget.

“I don’t want to promise something we can’t deliver,” he said.

In other action, the council held its first public hearing on the budget proposed by Glascock. A second public hearing will be held Sept. 8, with a third hearing and vote on Sept. 21.

The council also accepted a report from Police Chief Geoff Jones that gives University of Missouri police to have jurisdiction over four properties in Greek Town.

In August 2019, an ordinance was approved by the Council which allowed MUPD to police the Greek Town area.

After review of the execution, it had been discovered that four properties were left off of the ordinance. Monday night’s report allowed both police departments to add the properties to the list of properties in which MUPD is granted primary response to.

The properties added to the list were the Alpha Phi Annex, Phi Mu Annex, Sigma Tau Gamma house, and the Christian Campus House.

On any property that MUPD has access to, students who are found violating any laws are referred to the Office of Student Conduct, rather than immediately becoming involved with the criminal justice system.

“There’s just some tools there that the University can use that we can’t…so I think that’s been helpful,” Jones told the Council.