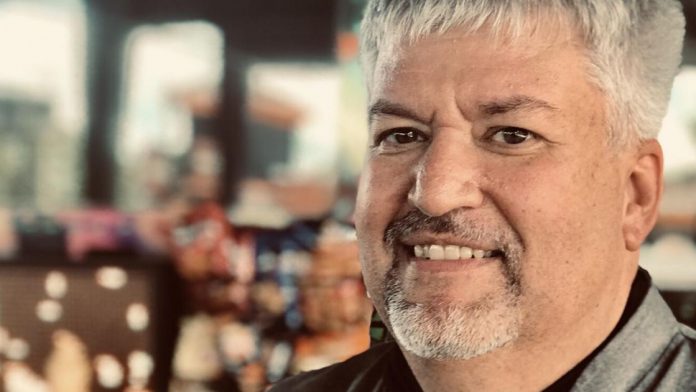 To survive, many bars and breweries have jumped into the food biz — some with more panache than others.

Food trucks are thriving like never before. Starbucks, not so much.

And a Cape Coral family still fights for their son’s life.

Some local bars have managed to reopen, brand-new food licenses in hand, by serving pizza or nuking burgers.

Peace River Beer Co. in Punta Gorda reopened in June, inviting their revolving nightly slate of food trucks to come back and park out front.

But the brewery also had a secret weapon. Partner Mee Wichitsakulrat and his wife, Pinky, hail from Bangkok and know a thing or two about Asian cuisine.

For a year, well before any pandemic, they and 17-year-long friend and partner Barry Schrayer had been tossing around the idea of an in-house Asian restaurant at Peace River.

They turned up the heat on their plan this spring, so that they could always have a dependable source of food, out of an open kitchen that now looks like it’s always been there.

Mee, an accomplished sushi chef who’s been involved in many restaurant ventures, including Zushi Zushi brewery/sushi bar at Fort Myers Beach, helped establish Home of Sushi Thai (HOST) inside this brewery, too.

We don’t always review food trucks, but when we do, we prefer successors to the late, great Ravenous Rhino, home of the over-the-top HogZilla burger and loaded Dixie Tots.

The Groovy Grill’s all that. It’s also another classic story of a chef who’s abandoned cruises, country clubs and kitchens for a 4,000-square-foot commissary.

It took Port Charlotte by storm on opening day, serving 13 handhelds, all on the ooey-gooey end of the caloric continuum. Now it’s cruising to locations all over town, offering catering, lunch and dinner service, and prepared home meals.

With the future of restaurants more uncertain every day, it was time for Chef Scott Mullen and partner Paul Yeaton to forge ahead with what’s been Mullen’s dream for a decade — be your own boss by driving a food truck and eventually “blanketing the state of Florida with a brand” — in partnership with Tammy Thompson and David Fernandez.

Front man Yeaton, the “barker” of the business, also played big-personality parts in Punta Gorda, at Hurricane Charley’s and as front-of-house manager at River City Grill and Italia.

“We have a full kitchen,” said Mullen, mopping his brow. “We can do anything a restaurant can do. It’s just a little hotter in here.”

GUESS WE’LL HAVE THAT COFFEE TO GO

Remember when you could hang for hours at Starbucks, morning or night, with free wifi and a nice big Venti?

Those days could be over for the Seattle-based coffee conglomerate, as it struggles to climb out of a pandemic-fueled tailspin.

Fans first noticed a change at the company’s two biggest local outlets in early August, when it began to seem they were allowed caffeine only between 6 a.m. and lunchtime.

Inside service and seating were suddenly shut down, and operating hours shriveled to transition to a new service model.

Both the Kings Highway Port Charlotte store and Punta Gorda’s new 2,000-square-foot mega-store have now returned to their regular hours but have only drive-thru service. The Port Charlotte Town Center and Port Charlotte Target locations offer takeout only.

“The company’s strategy,” reported Restaurant Business online, “has the potential to alter how and when customers use Starbucks.”

He’s as likely to flash a gap-toothed grin at the camera as he is to stick out his tongue like 8-year-olds do. He loves Legos more than almost anything.

Adyn Pickett has also spent half his life being treated for a form of leukemia that carries such a high risk of relapse that he’s already relapsed and been in remission three times.

Adyn just completed his second bone-marrow transplant and must stay in a St. Petersburg hospital for three and a half months to recover.

Out-of-pocket expenses for the Pickett family have, of course, been astronomical.

“It really adds up, but the community has been so amazing to our family,” said mom Erica Pickett.

The latest fundraiser is a $20-per-ticket ($100 for six) raffle for a $1,400 set of Cobra golf clubs, ongoing at Port Charlotte’s Gatorz and Punta Gorda’s Gatorz Downtown. All proceeds go to the Pickett family.

“Adyn’s dad, James, does my Truly Nolen pest control at the restaurants and all my properties,” said Gatorz owner Doug Harris. “He’s a good guy. I have a lot of customers who golf, so I figured this would be the best prize.”

The drawing will be held Sept. 1.

Send restaurant and bar news and recommendations to columnist Sue Wade at suewade47@aol.com.