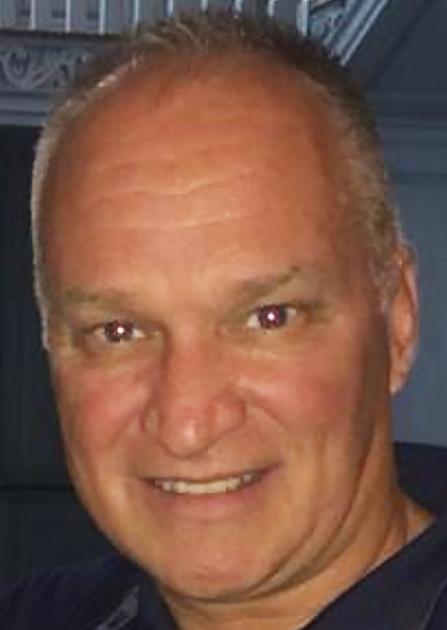 Cop Tales are true stories as told by law enforcement officers from all over the country. The stories are told in the first person. The actual officer’s initials follow each story.

When I was a young sergeant for the highway patrol, I had just transferred from a large, busy city to a smaller office. I was working the early evening shift when I learned some of my friends from out of the state were going to be passing through my town on the upcoming Friday.

I didn’t know if I could get the day off because Friday nights were always busy. I went to my commander and told him about my friends visiting on Friday and asked for the night off. He told me I could take it off. I asked him if he realized it was a Friday night and no other sergeant would be working.

He replied, “Smith, if this job was that important, they wouldn’t trust you or I to do it.” He was always a funny man and a great commander.

As a young highway patrolman, I was assigned to a rural, desert community resident post. One summer morning, I was conducting follow-up at a fatal accident scene just outside of town on a two-lane road when I noticed that the red light on my patrol car was not working properly. I finished the follow-up and contacted one of my fellow officers who lived nearby to see if I could borrow her car for the rest of the shift.

I moved my gear over to her patrol vehicle and she invited me in for coffee with her and her husband. Without warning, I started to get the feeling that something bad had happened or was about to happen. It was so powerful that my coffee tasted bitter. My fellow officer could sense it and asked me what was wrong. I answered with, “I feel like something bad is about to happen.” She reminded me to be alert and safe that day and asked me to call her when my shift was over.

Forty-five minutes later, I was on my way to traffic court. As I drove by the hospital, I saw people running from the adjacent medical clinic. It was utter chaos. Simultaneously, I could hear the local police dispatcher broadcasting an active shooter at the medical clinic. I pulled into the parking lot along with some of the local police officers and detectives. The bad feeling I previously had was gone in an instant. We instinctively went into business mode. I pulled the 12 gauge shotgun as I exited my patrol car and we instinctively formed and prepared to enter without knowing what we would encounter on the other side of the door.

Being from this small town, we all knew the south side of the clinic was a pediatric clinic and there were several children inside getting shots for school. The shooter entered the building and immediately fired at and missed a man who ran away from him. He then saw an office clerk and fired through the glass door at her. She dove under her desk at the same time. The shot shattered the glass and struck her desk and chair. He then entered another office and fired at people in the break room.

As we cleared the northeast corner office, the shooter was confronted by a lab technician in the adjacent northwest office. That brave young woman physically fought the shooter. In her attempt to disarm him, she knocked his glasses off and then ran. Her actions delayed the shooter momentarily. He continued toward the lobby and the pediatric clinic where I met up with him. He was just opening the door when we encountered each other. He raised his shotgun toward me, but I was able to fire first, thereby ending his reign of terror.

The impact of that event has forever changed the lives of many people, including mine and my family. In the following years, I watched as active shooter events kept happening. I felt the strong urge to do something positive for people based on my experience. Along with my brother, who is a retired Secret Service agent, we put our heads together and created Leatherback Gear. Our company sells backpacks that transform into front and back bulletproof protection at the same level used by law enforcement officers.

On my third day on duty after graduating from the highway patrol academy, I carpooled with a couple of other officers to our assigned office. The other guys yelled at me because I held them up while I grabbed a soda from the machine in the breakroom. We headed out and as we approached the “last curve,” we all saw a huge dust cloud form in front of us and then encountered a bunch of cars and trucks stopping as we entered the dust. We quickly came to a stop and everyone bailed out of the car.

The last thing I heard was, “Do what you were trained to do.” By the time I got out of the car, we were in about 20 feet of visibility. I ran around making sure everyone was OK in all the cars and trucks. Then l arrived at the main event.

A truck tractor, which was now a ball of metal, was on its top in a ravine with someone hanging upside down in the twisted wreckage. He was a mass of flesh and was just gurgling. I ran up and started to help by lifting him up to extricate him and get him breathing. As I worked on helping to get him out of the twisted wreckage, I felt the large, dirt ground bounce under me. I came to discover the large mound was the driver’s brother covered in dirt who had been ejected during the crash. We were able to save the driver, but his brother, who was under the dirt, suffered fatal injuries.

The driver never performed a safety check of his vehicle, his brother was not authorized to ride with him and he was speeding with an overpermitted load of 120,000 pounds. His runaway truck struck five other trucks and eight cars. It was a tragic event that I will always remember from my third day on the job.

Brian Smith served four years in the U.S. Marine Corps, and retired as an assistant chief with the California Highway Patrol. He resides in Bakersfield. If you have a personal “Cop Tale” to share, please contact Smith at bmsmith778@gmail.com.

Going off-road with the Ford Everest Trend 4×2 AT for sand...