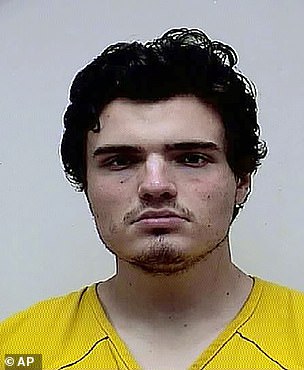 UConn senior, Peter Manfredonia (pictured), who is suspected of killing two men, was arrested in Maryland without incident

The University of Connecticut senior suspected of killing two men and abducting a young woman was arrested near a Maryland truck stop after a five-day manhunt when an officer noticed him standing 20ft away while being briefed on his description.

Connecticut authorities said their Eastern District Major Crime Unit was on the scene and no officers were injured. Manfredonia was taken into custody also without injury.

According to Connecticut State Police, one of the members of law enforcement arrived at the truck stop and was being briefed on the suspect’s description.

Connecticut State Police Lt. Michael Pendleton said that the investigator who just arrived on the scene was told that law enforcement agencies were looking for a man standing at 6f4in tall and wearing red sneakers.

That’s when the investigator noticed an individual who fit the description standing about 20ft away, Pendleton said.

A side view of the suspect’s profile also appeared to match that of the man standing nearby, according to Pendleton.

The team of investigators quickly went over to Manfredonia with guns drawn and ordered him to get on the ground. He did as he was told and was taken into custody without incident.

After his arrest, investigators began searching a wooded area.

Manfredonia was detained by the Washington County Sheriff’s Office and U.S. Marshals near the Pilot Travel Center gas station in Hagerstown, Maryland 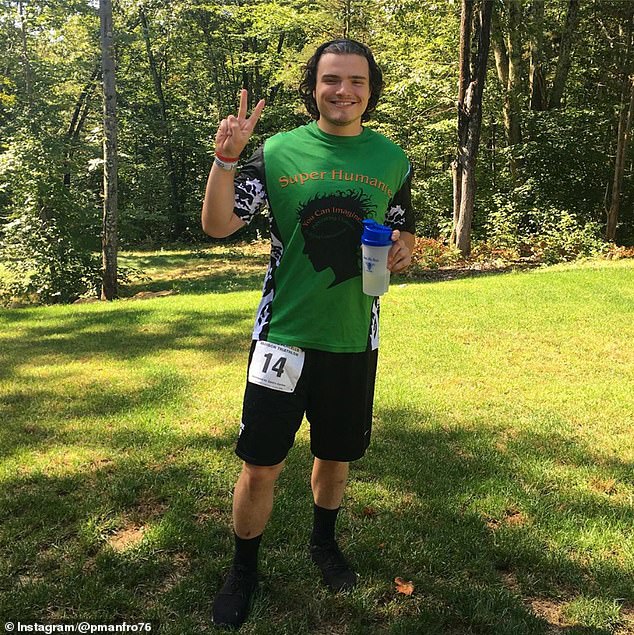 Manfredonia was noticed by an investigator who was briefed on the suspect’s description – a male, 6ft4in, wearing red sneakers. The above image of Manfredonia is an undated stock picture

Pendleton said that Manfredonia took investigators to an area about 200 yards away from the spot where he was arrested and pointed out a black bag with a weapon in it.

The officer declined to specify the weapon found inside the bag.

In his remarks to the press, Pendleton would not state what investigators believe Manfredonia’s motive was for the killings.

He also declined to say what specific charges Manfredonia faces.

Pendleton credited the work of local law enforcement agencies as well as federal investigators from the FBI and the United States Marshals Service.

‘We talked to the family members of the victims,’ Pendleton said.

‘They were very appreciative of our efforts and bringing him to justice. I think they were relieved that he was finally in custody.’ 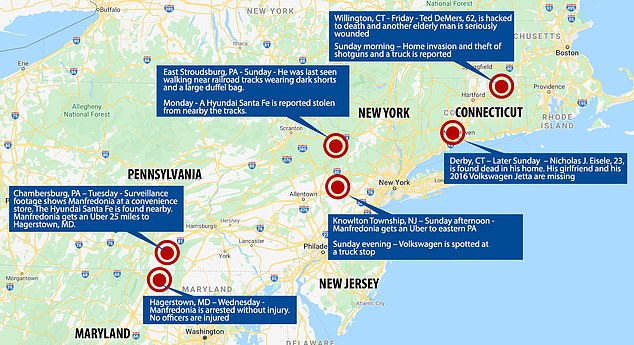 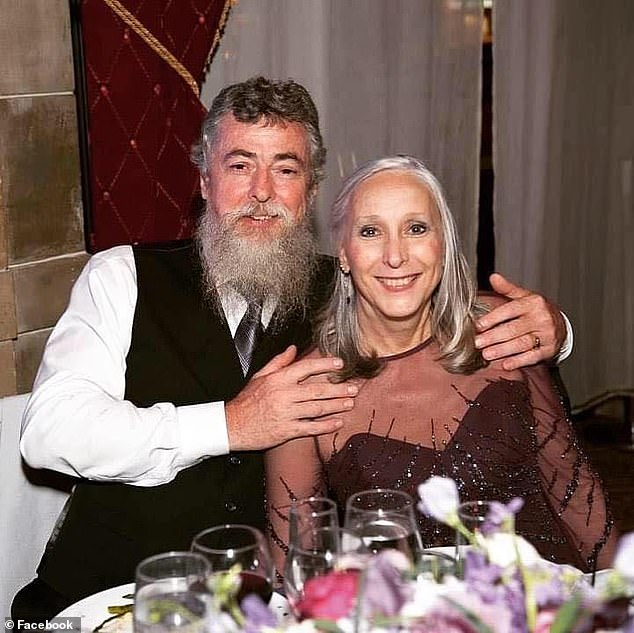 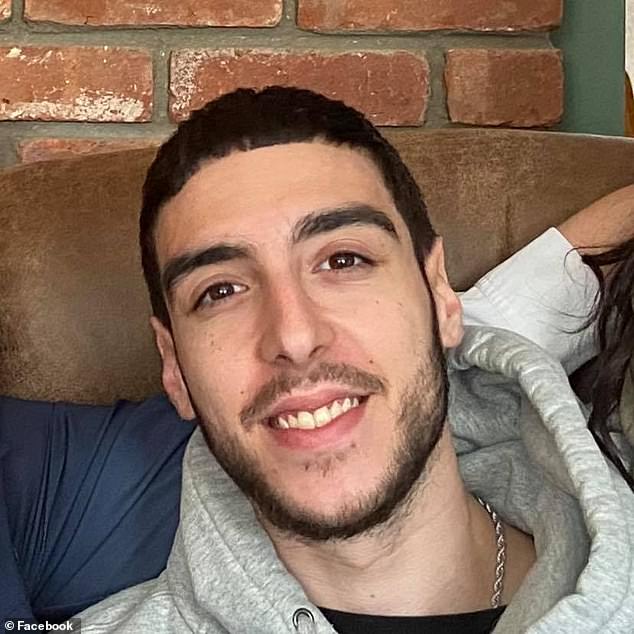 ‘The federal nexus is the kidnapping.’

Police had renewed pleas multiple times for Manfedonia to turn himself in and his family hired an attorney on his behalf as they begged him to cooperate.

‘His family is relieved that Peter has brought this to a peaceful conclusion,’ Michael Dolan, an attorney for Manfredonia’s family said.

The Governor praised authorities for their work.

‘Thank you to law enforcement members from the Connecticut State Police and local police departments, as well as those from each of our neighboring states, for their dedicated commitment regarding this matter,’ Gov. Ned Lamont said in a statement Wednesday. ‘

We are appreciative of their unified approach to this disturbing situation.’

Manfredonia was last spotted at a convenience store in Pennsylvania on Tuesday morning before taking an Uber to Maryland. 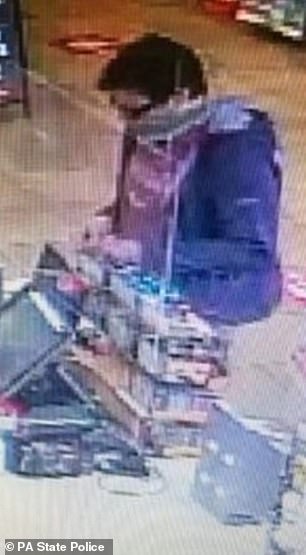 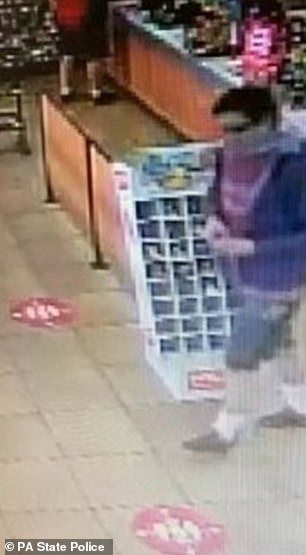 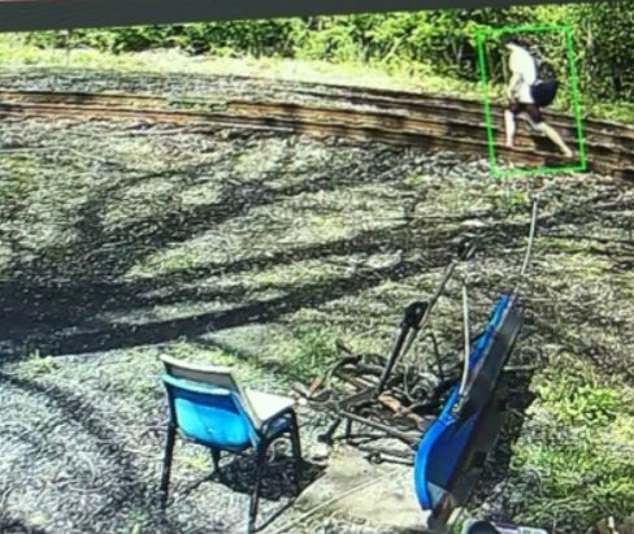 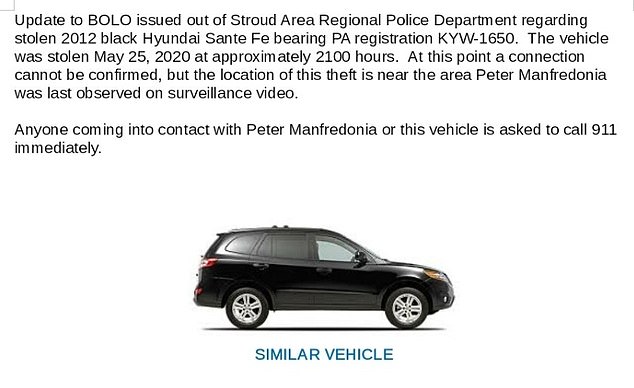 He had been on the run since Friday when cops say he killed his first victim, Ted DeMers, 62, in Willington, Connecticut.

Police said his second victim came two days later when investigators found the body of Nicholas J. Eisele inside his Derby, Connecticut home on Sunday. From there, police said Manfredonia kidnapped Eisele’s girlfriend and drove to Paterson, New Jersey, where she was found unharmed.

Police said a black duffel bag believed to be carrying stolen weapons was still in Manfredonia’s possession, adding that he was wearing red sneakers. 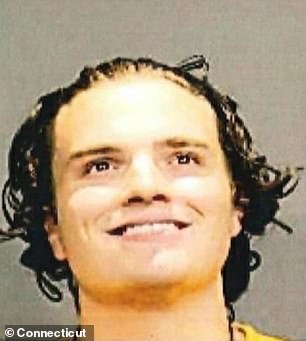 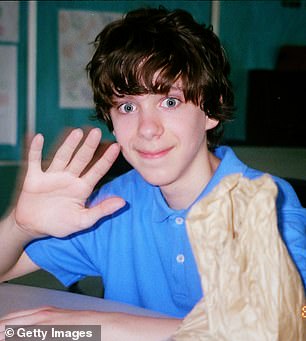 ‘We hope he surrenders peacefully to the authorities and that no one else is hurt or killed, the statement read.

Manfredonia is located in Hagerstown, Maryland and is taken into custody without injury. No officers are injured.

Her neighbors were told by police not to return to their home until he was captured, she said.

Law enforcement had pleaded for Manfredonia to give himself up.

Discuss Trends that Matter to the Nation’s Refuse