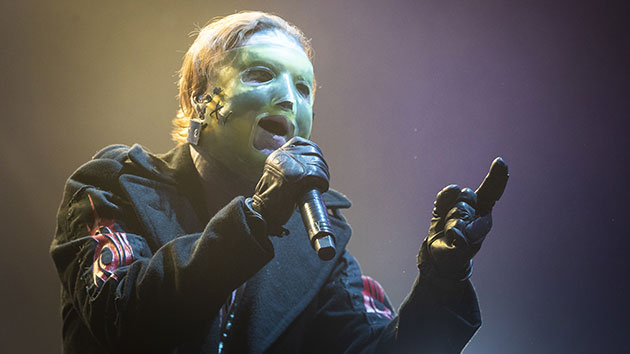 Michael Campanella/RedfernsLast month, Corey Taylor‘s wife, Alicia, teased that she and the Slipknotfrontman were working on a “completely new project together.” Now, we know what it is.

As they revealed during an interview with Rock Feed, the Taylors are planning to launch a plant-based taco food truck.

“The main focus was flavor, not just content,” Corey explains. “People talk about vegan and they can become very pretentious. For us, it’s just about, ‘Look, we’re fat-a**es, man, we just wanna eat! We want some f***ing food!’ This was a way for us to combine that with a healthier lifestyle.”

Elsewhere in the conversation, the interviewer asks whether Slipknot might return to playing smaller, more intimate rooms once restrictions on gathering start to loosen before full-scale concerts are able to come back. After joking that the mere idea made his “back hurt,” Taylor admits that he and his band mates have discussed the possibility of smaller “throwback shows.”

“We [would] wear the old gear as well,” Taylor says, but also adds that, at the moment, the idea is simply that — an idea.

“We’d have to make sure that we could do it in a safe way, obviously,” he explains. “Not just from a coronavirus…standpoint. I mean, [the show] would be insanity. But, we’ll see. It would be insane.”