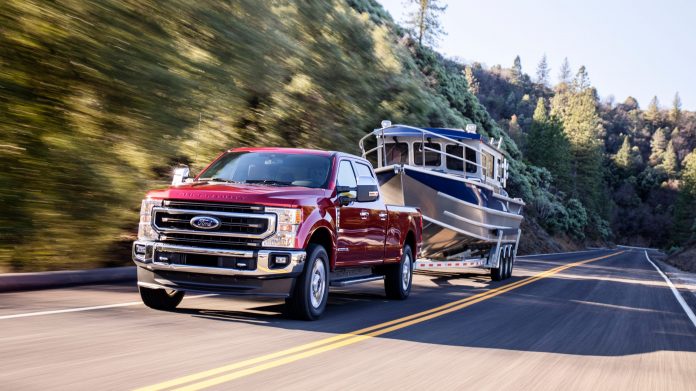 Add a potential pickup truck shortage to the list of impacts from the coronavirus.

It’s an issue on the mind of Charlie Gilchrist, whose string of dealerships in the Dallas-Fort Worth area is feeling the crunch of continuing demand and limited supply amid the COVID-19 pandemic and auto manufacturing shutdown. Zero percent financing deals have also had an impact.

“We’re going to have a shortage … especially down here in Texas,” said Gilchrist, past president of the National Automobile Dealers Association and whose dealerships cover the big truck brands — Ford, Chevrolet, GMC and Ram. “We’re facing a serious issue of being out of inventory.”

The problem is most pronounced with the more high-end models, Gilchrist said, pointing to the likes of the F-150 Platinum and King Ranch. He also sees it with heavier versions of his trucks.

Gilchrist, who noted that the pressure on inventory from last year’s GM strike had not abated fully, said he’s tried to purchase trucks from other parts of the country but hasn’t had much luck so far. Gilchrist said his sales were down in April but not as much as expected.

“Were going to do business and continue until we run out. We’ve got to take care of our customers. My hope is we get these plants up and running,” he said.

A potential truck shortage might sound strange in the midst of a global health crisis, which has upended daily life for so many, caused economic uncertainty around the globe and dropped vehicle demand.

But trucks have unique attributes when it comes to inventory. They also represent a dramatically growing and crucial piece of the automotive market in recent years. Each of the Detroit Three has seen pickup sales take a larger share of total sales in the last year, although Fiat Chrysler Automobiles has seen the biggest percentage boost, from 24% to 32% (a 33% increase). Ford, where trucks are a larger piece of the pie than the others, saw sales up 5% and GM had a 23% increase, according to Jessica Caldwell, executive director of industry analysis at Edmunds.

Because truck sales represent higher profits and because FCA, Ford and GM rely more heavily on them, a potential shortage is concerning for dealers like Gilchrist and the companies themselves, which have been steeling themselves for severe economic hits connected to the pandemic. Both Ford and FCA have already reported substantial losses for the first quarter of the year compared to 2019, and GM eked out $294 million in net income, down 87 percent from the same period a year ago.

During a conference call Tuesday, FCA CEO Mike Manley said he could not remember seeing inventory levels on pickups as low as he did at the end of April.

“When you get down to that level of inventory, given the number of configurations on truck, you’re bound to be running short of certain high-volume truck configurations, and I think that’s reflective of the number of dealer orders that we’ve received over the last few weeks that are just obviously waiting for our plants to restart,” Manley said.

More: Ford, GM and FCA under gun to restart, rebound before cash dries up

More: 1 automaker has had more COVID-19 deaths than the others. Experts say why

GM also addressed the issue in a conference call Wednesday:

“You cannot paint the entire country with the same brush. We’re continuing to see high demand for trucks, so we have lower inventory there,” said GM Chief Financial Officer Dhivya Suryadevara. “So inventories that we are watching, trucks we’re watching and certain geographical areas we are watching.”

Trucks, especially full-sized pickups, mean higher inventory levels than cars and crossovers because of the number of variations available. Those configurations for trucks force dealers to carry more inventory, according to Sam Fiorani, vice president of global vehicle forecasting for Pennsylvania-based AutoForecast Solutions.

“You need to have ample choice when a buyer walks onto a dealer’s lot. When you buy a car or crossover, choice is basically limited to trim level and body color, while trucks offer three body styles, two bed lengths, 2wd or 4wd, as many as six powertrain choices, seven trim levels and then a dozen colors. When you reduce that inventory, the range of options quickly gets narrowed and can make customers discouraged,” Fiorani said. “These are ($50,000) or more vehicles, and buyers want what they want. And Americans want that without waiting.”

Fiorani said that among the Detroit Three, FCA struggles the most on meeting truck inventory because it has only two U.S. plants — Sterling Heights Assembly and Warren Truck — to produce its two versions of the Ram 1500. The company’s Saltillo Truck Assembly Plant in Mexico also makes the older version of the Ram 1500, but it’s mostly focused on Ram Heavy Duty production.

Because Ram trucks are such a key piece of FCA profits, along with Jeep SUVs, any inventory crunch affecting the company’s truck brand puts it in a bind, he said.

Caldwell, of Edmunds, predicted that FCA and the other automakers would do what they can to meet demand, being that truck sales are “one bright light among all of the darkness” and customer loyalty is more of a factor for truck customers than those who buys cars.

“You don’t want to lose a truck customer because those are generally loyal people. It’s really important that you keep a person in the family,” Caldwell said, noting that clarity on vehicle production, which has been shut down since March, should help.

Now that FCA has confirmed a restart for most of its U.S. manufacturing for the week of May 18 and the others are believed to be working on dates also this month, there’s a sense of progress.

But worries about inventory levels could be short-lived, predicted Jon Gabrielsen, a market analyst and auto adviser.

He said consumer demand is not as high as it was last year.

“Automakers will refill (the) pipeline and dealer lots as fast as possible, but production levels after that may be throttled back considerably depending on how much willingness and ability consumers have to spend,” he said.