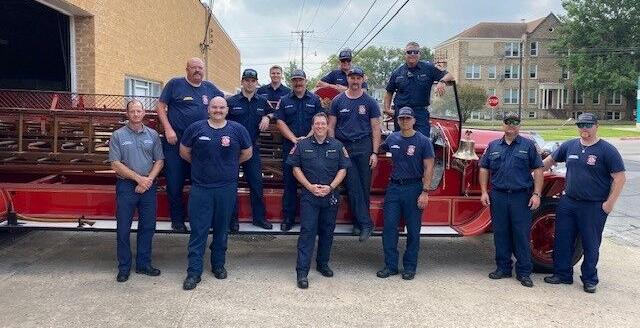 In December 1929, the City of Corsicana purchased two pieces of fire apparatus from American LaFrance that “embody all the latest improvements in fire-fighting apparatus developed in recent years,” as the Corsicana Semi-Weekly Light documented at the time.

One of the trucks purchased that year was a 1929 Type 94 Service Ladder Truck. This apparatus was a true ladder truck, in that it carried the appropriate cache of ladders to the scene of an emergency.

The apparatus recently resurfaced and has been fully restored to its original glory. Providence for the truck was authenticated by the Society for the Preservation and Appreciation of Antique Motor Fire Apparatus in America and the Peckham Fire Truck American LaFrance Database. Also, research from our library archives confirms the providence.

“This is a historic day for us in the fire department, to be able to recapture a part of the history for the City of Corsicana is truly remarkable,” Fire Chief Paul Henley stated.

The truck will have its permanent home at the new fire station under construction and will be available for viewing, parades and other ceremonial functions. Funding was made possible by the generous support of the Corsicana Community Foundation.

“I cannot thank the Navarro Community Foundation enough for helping to make this possible,” Henley stated.

Top 3 places to get chicken wings in Jacksonville 🐔

Truck driver could be patient zero of hotel outbreak