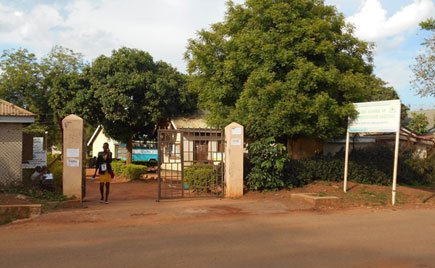 Two women who reportedly sold ripe bananas to a Covid-19 patient on Wednesday have been isolated at Lira regional referral hospital, Lira District of northern Uganda.
The suspected cases were on Thursday taken to Lira School of Comprehensive Nursing and Midwifery together with 31 others. All the 33 suspected cases either came into contact with a cargo truck driver who tested positive for Covid-19, or came into contact with the driver’s contacts.

Mr Jimmy Ogwal Kata, the Lira District surveillance focal point person, confirmed that 33 people were taken to their isolation centre at Lira School of Comprehensive Nursing and Midwifery.
However, he said the two banana sellers are among 28 people considered to be at low risk of contracting the virus.

Altogether, 17 women are suspects in this particular case.
“Five people who came into physical contact with the truck driver are at high risk and will be detained at the isolation facility where they will undergo mandatory quarantine for 14 days as we monitor their health,” Mr Ogwal said.
Those at high risk include three women and two men.
The driver, who passed through, Busia, Tororo, Mbale, Bukedea, Kumi, Soroti, Kaberamaido and Dokolo districts, stopped at Abutadi Trading Centre, Amach Sub-county in Lira to buy ripe sweet bananas from the two women is now under mandatory quarantine.

He continued with the journey through Kole District but was intercepted at Kamdini in Oyam District and taken to Kampala for treatment.
However, some locals expressed their concerns over called laxity of government in the fight against the deadly epidemic.
There are concerns that government is just picking samples from the truck drivers at the borders and letting them to continue associating with the population as they travel to their last destinations.

A public health specialist, Mr Patrick Odongo, said the truck drivers “don’t practice hygiene, for example, hand washing or using hand sanitizers. These passengers [those they pick along the routes and carry illegally] can potentially pick the disease and spread it to our rural communities.”
Mr Odongo urged urban authorities along the truck routes to tighten regulations.
“Trucks should have designated stopping points and this should be widely publicized. No truck should stop in undesignated areas,” Mr Odongo, who is also a resident of Lira Town, told Daily Monitor on Thursday.

Man in a pickup charged Friday with impaired driving in Bright’s...

These Are The Most Legendary American Trucks Ever Made

Road blocked after crash between truck and car near Matamata