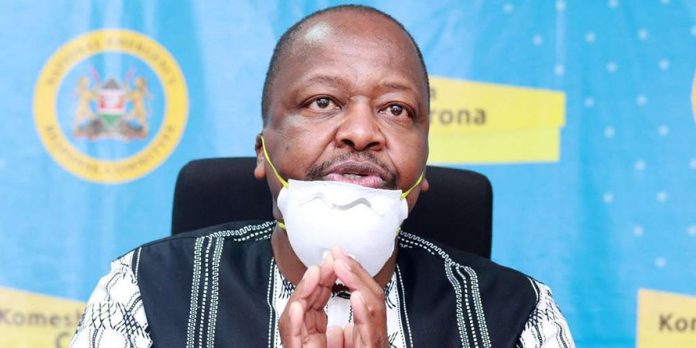 Cross-border truck drivers will be re-tested for Covid-19 every 14 days amid mass testing targeting hotspots, health workers and eateries.

Health Cabinet Secretary Mutahi Kagwe told journalists at the daily briefing on Friday that transporters will be required to take the first test at the point of origin, two days before the start of the journey.

The government ordered targeted mass testing of truck drivers after it emerged that Kenya has been exporting Covid-19 cases to neighbouring countries.

Kenya has recorded a total of 411 confirmed cases of the coronavirus disease after 15 more people tested positive in the last 24 hours, CS Kagwe announced.

Four patients succumbed to the disease, the largest number recorded in a single day, bringing total fatalities to 21.

The Health minister also said six people were discharged, raising the number of recoveries to 150.

“Our death toll is now at 21, this is after we lost four more people to the Coronavirus. Our data shows that females are recovering faster than men. Also from our fatalities, only 18 percent are women,” said Ministry of Health Cabinet Secretary, Mutahi Kagwe.

In Africa, the coronavirus had infected at least 40,026 and killed over 1,640, according to Worldometer’s count on May 1.