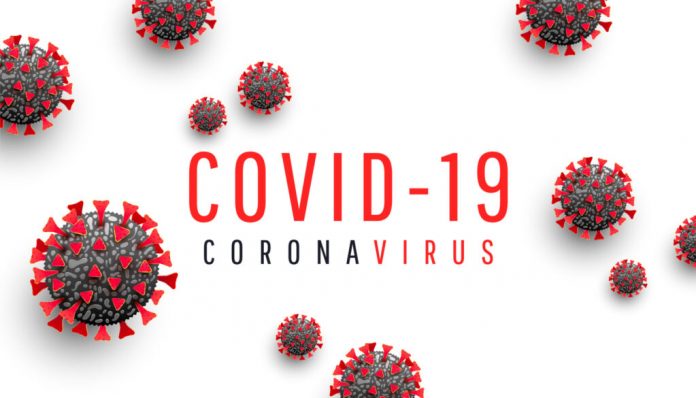 OTTAWA, Ont. – The financial devastation the Covid-19 pandemic is wreaking on the Canadian economy and the trucking industry is only now coming into focus – and it’s big. But in trucking, at least, a recovery seems to be underway.

Prime Minister Justin Trudeau gave an economic update July 8, acknowledging the impact of Covid-19 is the “largest and most sudden economic contraction since the Great Depression.” The feds said while the Covid-19 Economic Response Plan protected Canadians’ livelihoods, it came at a staggering cost of about $230 billion, representing 14% of GDP.

“The lockdowns were an appropriate response to a threat that no one fully understood at the time, and the government’s crisis response provided urgently-needed assistance to Canadian workers and businesses, so they could be there to propel our economic recovery,” Perrin Beatty, president and CEO of the Canadian Chamber of Commerce said in response.

“But as today’s (economic) snapshot demonstrates, these measures have come at an enormous price – one that far exceeds even the most pessimistic estimates – and their cost will continue to mount throughout the coming year and beyond. Declining government revenues mean that the burden will be borne by an economic infrastructure that has been badly damaged.”

Newer businesses have been particularly hard hit, according to new research from Statistics Canada and the Canadian Chamber of Commerce. Their Canadian Survey on Business Conditions found 8% of businesses reported they’d only be able to operate at current revenue and expenditure levels for less than three months, while the number surged to 14% for those who’ve been in business for less than two years.

The same survey found that only 16.8% of companies reported no disruption to their supply chains, while more than half reported an inability to move goods due to disrupted supply chains.

Fleets getting back to normal

Geotab recently produced an analysis noting 80% of its fleet industry clients are back to work full time, and expect business to return to usual by the fourth quarter of 2020, or first quarter of 2021. But 90% also predict “major income loss in the process.”

Longhaul Class 8 fleets, for their part, reported optimism freight demand is returning, with most respondents saying they expect to see rising freight volumes over the next 30-90 days, “a clear signal that carriers are seeing customers shuttered by stay-at-home orders begin to reopen and an increase in freight shipped to replenish idled factories, food services and businesses as they come back online,” Geotab concluded.

While some longhaul fleets remained concerned about a possible second wave of the virus, most said they expect the lingering effects of Covid-19 to have a “moderate” effect on day-to-day trucking through the rest of the year.

Rates on the rise

Spot market rates and volumes increased in June to seasonal trends, according to data from DAT Freight & Analytics. The DAT Truckload Volume Index – a measure of dry van, refrigerated and flatbed loads moved by truckload carriers – surged 13.7% from May, and was even up 9.4% over June 2019.

“The surge we’re seeing in spot truckload rates and volumes is consistent with summer trends, but consumer habits continue to be impacted by Covid-19,” said Ken Adamo, chief of analytics at DAT. “For instance, there’s been an early increase in demand for pressure-treated lumber as people tackle home improvement projects. But produce growers and distributors are contending with soft restaurant demand as states reopen at different speeds with different rules.”

June’s spot market van rates jumped 21 cents per mile from May, according to DAT, but remained 9 cents lower year-over-year. Reefer volumes were up 4.5% from May and rates climbed 13 cents per mile. The freight mix is in flux, due to the virus.

“There’s clearly pent-up demand in the economy, but the recent surges in Covid-19 cases remain a complicating variable for consumer behavior this summer,” Adamo said. “Retail and consumer packaged goods volumes are way up, but manufactured goods are way down.”

There are also positive signs when it comes to employment. Canadian employment surged by nearly a million jobs in June, according to StatsCan, while Canadians who worked less than half their usual hours due to Covid-19 plunged by 823,000.

The initial recovery in employment was sharper than in previous economic downturns but the unemployment rate in June was still 12.3%, just a 1.4% improvement from May’s record high 13.7%.

In the U.S., another 1.3 million people filed initial unemployment insurance claims during the week ending July 11 – a 10,000 decrease from the previous week. The U.S. unemployment rate in June stood at 11.1%, with transportation and warehousing adding 99,000 jobs in the month after shedding about 588,000 in April and May combined. Truck transportation jobs increased by 8,000 in June, with courier and messenger jobs surging by 21,000 thanks to increasing e-commerce.

Avery Vise, vice-president of trucking for FTR, noted in a recent webinar that some of those courier jobs may have been taken by truck drivers, which could make it challenging to draw them back to traditional trucking roles.

The equipment market begins to stabilize

There are signs of life in the equipment market as well. ACT Research indicated in its latest State of the Industry: NA Classes 5-8 Report, that May and June demand has shown the beginning of a recovery, but uncertainty remains.

“A survey of the current business landscape shows a picture of intensifying cross-currents, with an uncertain outcome,” said Kenny Vieth, ACT Research’s president and senior analyst. “On one side, the economy and motor freight have been surprisingly strong from the beginning of May to mid-July, resulting from dialed back restrictions on workplaces, relaxed shelter-in-place, and the associated revival in business and social activity. However, closely associated with return-to-normal has been its downside, the rise of Covid-19 cases.”

Vieth added, “The revival of the economy and freight is readily apparent in the sharp increase in Class 8 net orders in June, with upgrades in production, as well. Classes 5-7 orders continued their rebound in June, marking the best sequential gain since August 2009.”

Vieth said the discovery of a vaccine will drive a more broad-based economic recovery, but worried a surge in Covid cases could be yet to come as a result of July 4 weekend revelry.

But, he added, “even as the economy works to regain its footing post-Covid and pre-vaccine, freight markets should be somewhat less impacted because, while we can choose not to go to restaurants, not eating is not an option. Most freight is related to society’s most basic needs: food, shelter, clothes, transportation.”

Magus Koeck, vice-president of product strategy and brand management for Volvo Trucks North America, said during a virtual press conference July 16 that OEM incentives have helped move inventory and strengthen orderbooks. But, he cautioned, “It’s way too early to say we’re out of the woods. We may see another forest coming up, but in principle, yes we see positive signs.”

“Similar to last month’s report, while prices across the major sectors are lower than a year ago, the rate of decline has continued to moderate through the high-volume June time period,” said Ken Calhoon, vice-president, data analytics, Ritchie Bros. “Both the U.S. and Canada are showing stability across key equipment categories, and Texas, California, and Alberta continue to be the top three North American markets in terms of buyer participation.”