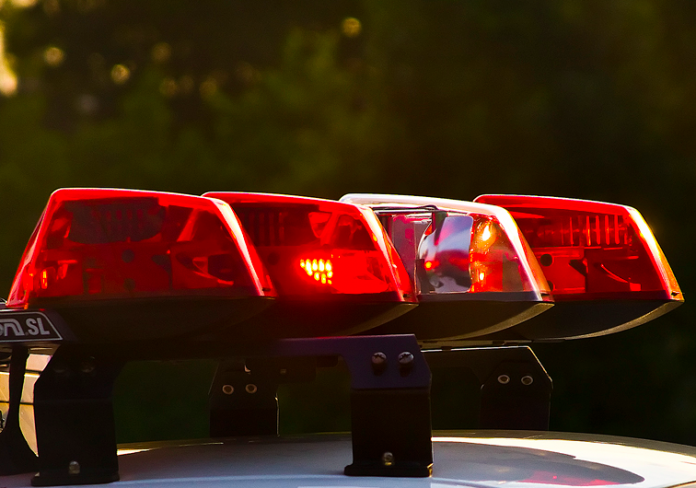 Three people were injured in an accident that took place at 9:07 p.m. Saturday near the entrance to the Brick Target store, police said.

In the area of the entrance/exit of the Target parking lot, the Corvette crossed the center double yellow line and entered into the eastbound inside lane, Lampiasi said. The Corvette crashed into the Ford, after which the Corvette came to final rest in the inside eastbound lane of Cedar Bridge Avenue. The pikcup ran off the road to the right and began to rotate counter clockwise, according to a police report.

The Ford ran into the curb and a sign post, causing it to overturn. The truck came to final rest, upright, on the sidewalk and shoulder of the eastbound side.

A westbound lane on Cedar Bridge Avenue remained open to vehicular traffic, while the eastbound lanes were detoured around the crash for about two hours, Lampiasi said.

Natiello was issued summonses for careless driving and failure to maintain lane. An ongoing investigation is being conducted by Ptl. David Thergesen and Lampiasi, members of the Brick Township Police Department’s Traffic Safety Unit.

Anyone who may have witnessed the crash or who has information pertaining to the crash is being asked to contact Thergesen at (732) 451-2037.