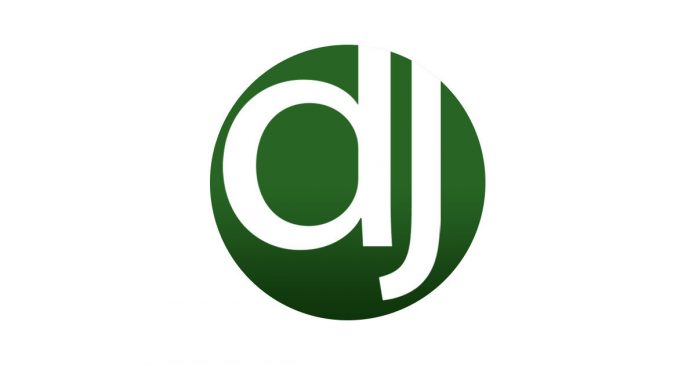 The following reports were filed Monday by the Lee County Sheriff’s Office and the Tupelo Police Department.

A County Road 598 Shannon man said he recently ended a relationship with a female. After he got his clothes, she refused to let him back into the house so he could get his television.

A Saltillo woman said her boyfriend was working on the brakes of a GMC pickup at a Highway 348 Guntown repair shop. He told her to get in and back it out of the garage. The brakes didn’t work and she pinned him between the truck and the garage door opening. Medics responded and took him by ambulance to the hospital.

A Reynard Drive Auburn woman said when she got in her car and put her drink in the cup holder, she noticed her Taurus .380 pistol was missing. She said the car was left unlocked overnight.

A Saltillo man said the tenant at his County Road 931 Tupelo rental property has not paid rent since February. Efforts to contact her to get her up to date on the payments have been unsuccessful. He wanted it documented as part of the eviction process. He added that other tenants at the complex call the law on the woman all the time for playing loud music.

A County Road 1463 Nettleton man said his female neighbor is disturbing his peace by playing loud music. He said this is an ongoing issue and he has reported her before.

A Fulton woman said she was was picking up her kids at her ex-husband’s house when a female suspect in a white SUV tried to run her off the road on County Road 885 and then followed her to a convenience store where she pulled over to call 911. She said her two kids were in the car during the incident.

A State Park Road woman said overnight, someone broke the rear passenger window of her 2008 Nissan Sentra. Items in the car had been moved around but she was unsure if anything was stolen.

A County Road 1349 woman said a neighbor posted negative comments about her on Facebook. She said it is an ongoing situation dating back to a theft incident two years ago.

A County Road 814 Plantersville woman said her car had been parked outside her apartment for two days. When she went out, she noticed both driver’s side windows were broken. She didn’t know if it was caused by rocks thrown from a lawnmower or gunshots.

A Hayes Drive Tupelo woman said her ex-husband drove into her yard uninvited and started asking questions about her new boyfriend. He threatened to hit the new boyfriend with his pistol if he saw him and said he would hit her as well if she got in the way. She went inside and locked the door to call 911. She saw the ex take one of her puppies from the backyard and drive away. She said they have been divorced since 2017.

A County Road 503 Guntown man said his ex-girlfriend changed the information and the PIN for his unemployment card. He said there was $2,200 on the card but he can’t access it to see if she stole any of it. He is unable to get a replacement card since he cannot access the account.

A 31-year-old County Road 1529 Baldwyn man said he was at a friend’s house talking to a young female about buying a truck. He said he would have to go to the bank to get the $1,500. She offered to show him how to use the cash app on his phone. She told him what buttons to push to transfer the money. When he got home, he got an alert on his phone that he was overdrawn.

A Highway 363 Saltillo woman said she lives with her mother. She thinks the mother was drinking before coming home because the mother started arguing all of a sudden and threatened to cut the daughter.

A Hayes Drive Tupelo man is working in Louisiana but gave a female acquaintance permission to borrow his truck if she would bring it back in the morning. When the SUV was not returned by the following evening, he called 911. The female now will not answer his calls and he has no idea where his 2005 Ford Explorer is.

A County Road 814 Plantersville woman was in the backyard when she heard a loud noise. She walked around to the front and noticed a cracked window and a BB trapped between the double panes of glass. She then noticed a small sedan heading toward Plantersville.

A County Road 1529 Baldwyn man said he heard a noise outside around 2:30 a.m. When he looked outside, he saw a male and a female standing next to his truck. The suspects ran into the woods, circled behind his house and headed toward his neighbors.

A Ybarra Drive Nettleton man said his cousin keeps driving up and down the road in the middle of the night. He stops in front of the man’s drive and starts screaming. The man called 911 after a 3 a.m. incident.

A County Road 931 store employee said a white male was at the store when she arrived to open up at 6:30 a.m. The suspect started walking around and scaring customers. The suspect has caused problems before.

A County Road 823 Saltillo woman said her ex-boyfriend keeps showing up at her house making threats. He said he would burn down the house with her inside.

A County Road 373 Tupelo man said his ex-girlfriend showed up uninvited around 11 a.m. and was walking around his property. She walked in the backdoor and wanted his driver’s license to have a DNA test completed. The suspect never lived at this house and has been told to stay away. He escorted her out the front door. She left before deputies arrived.

A Mountain Leader Trail Lake Piomingo man said his brother showed up and dumped a bunch of logs in his driveway. When the man went outside, the brother started yelling and cursing. The brother then got in his truck and left, spinning his tires all the way up the drive.

A Hayes Drive Tupelo man said while he was working out of town, a female friend took his .38-caliber Taurus revolver without permission. The 47-year-old man said the female, 25, has been living there for a couple of weeks and has keys and the alarm codes.

A County Road 2538 Baldwyn woman said her alarm company called and said a glass break sensor had been activated. When she got home, she noticed a front window was cracked and it appeared someone had tried to pry open the window.

A County Road 2578 Guntown woman said she and her husband got into a verbal altercation on the way home from Saltillo. The incident was only verbal but she still wanted to separate from him to keep further incidents from happening.

A County Road 192 Nettleton woman said she and her boyfriend were driving down the road when a male acquaintance fired one shot at them from his tractor as they passed by. She said she looked in the mirror and could see him pointing a pistol at them. She said they had had problems with the suspect in the past.

A County Road 683 Saltillo man said someone driving a black Chevy Silverado pickup was traveling at a high rate of speed, left the road and hit his mailbox, destroying it. He did not know who was driving the truck, but has had problems in the past with people destroying his mailbox.

A County Road 752 Palmetto man got home around 11:30 p.m. and noticed a suspicious vehicle in his driveway and all the lights on in his house. He remembered turning off the lights before he left. The suspect was driven by a male acquaintance. It did not appear anyone made entry into the house.

No reports filed since May 15.