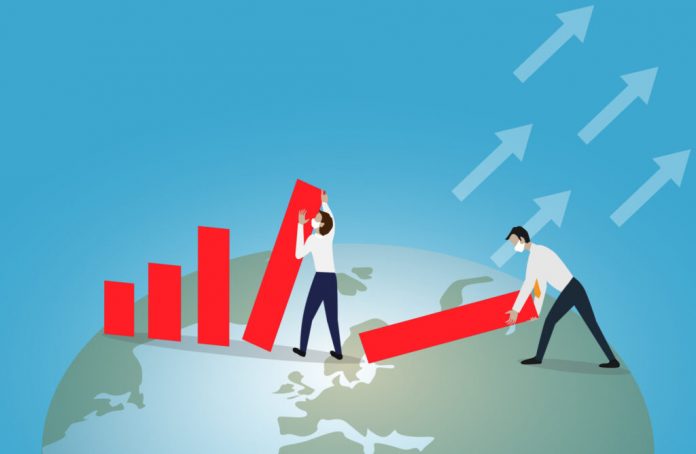 TORONTO, Ont. – The Canadian Trucking Alliance (CTA) is promoting a series of trucking-specific carrots and sticks alike, as politicians look for ways to stimulate the economy in the midst of Covid-19.

“We all know how some carriers in our industry compete. They cheat,” says CTA president Stephen Laskowski, calling for a crackdown on trucking businesses that play fast and loose with compliance requirements as a way to slash costs and undercut rates.

He points directly at Driver Inc. – businesses that misclassify employees as independent contractors – as a leading example of the problem.

“It’s a management strategy. They manage to the lowest common denominator to avoid compliance costs to make themselves more competitive,” he said during a wide-ranging interview about the CTA’s Covid-19 Recovery Roadmap, a series of recommendations distributed to political leaders.

There are suspicions that Driver Inc. fleets may be defrauding the Canadian Emergency Wage Subsidy (CEWS) program by switching between contractor and employee classifications depending on how it suits the operation, he says.

Several Ontario fleets have already been penalized for using the classifications to avoid costs like workers compensation premiums and other payroll-related expenses.

There has been a promise of further crackdowns, too. Prior to shutdowns associated with Covid-19, Employment and Social Development Canada said pending 2020 legislative changes would include fines and the naming of employers that don’t comply with Canada Labour Code obligations.

But CTA also wants such businesses to be blocked from access to foreign labor and immigration programs, which the alliance identifies as one of the keys to offsetting an intensifying driver shortage.

“There’s no way these companies should get access to foreign labor,” Laskowski says. “If you’re non-compliant, you have an unsafe work environment.”

A higher barrier of entry

So, too, is the alliance calling for a national program to register all new carriers, creating a higher barrier of entry into the trucking industry as a whole – and eliminating loopholes that see non-compliant carriers relaunching under different business names.

“It’s way too easy to get into the industry,” Laskowski says, stressing the need to conduct full-blown or administrative audits shortly after the businesses emerge.

In the same spirit, the CTA’s Covid-19 Recovery Roadmap is recommending crackdowns on those who bypass vehicle emissions systems, similar to strategies being rolled out in Ontario. And it wants a drug testing framework similar to programs that apply to cross-border carriers, and the national use of speed limiters such as those mandated in Ontario and Quebec.

“It’s way too easy to get into the industry.”

The recommendations in the Recovery Roadmap are not limited to penalties alone.

The CTA is also making the case for new training dollars for blue-collar workers such as truck drivers, as Canada moves toward the higher demands of mandatory entry-level training programs.

At the border, the alliance is calling on the Canada Border Services Agency (CBSA) to extend a policy that allows trucks with paperwork issues to turn around rather than incurring Administrative Monetary Penalty System (AMPS) costs. That option has been available since 2018 if trucks arrive without some of the data that would traditionally be provided by shippers and brokers.

It’s looking for opportunities to remove more paper processes at the border as well. The recently enacted Canada-U.S.-Mexico Agreement already commits to such improvements.

One request, however, focuses specifically on U.S. regulators, with a call to allow more of the in-transit moves that let drivers take shortcuts across international jurisdictions during domestic moves. Such trips were limited in the wake of 9-11, but a pilot program has explored relaxed rules.

The Recovery Roadmap also highlights a series of initiatives and incentives that could promote environmentally friendly investments, supporting federal interest in a carbon-reducing economic recovery.

A return to federal excise tax rebates, shelved because of abuse in the airline sector, is seen as a tool to promote everything from bunk heaters to auxiliary power units. And a separate pitch is made to extend recent capital cost allowance changes that currently have a sunset clause in place for 2023.

CTA certainly sees a role for diesel in the environmentally friendly commitments.

“Right now, diesel remains the only viable fuel – particularly for the longhaul trucking industry – that works,” Laskowski says. “CTA is asking the federal government to work with us, the engine manufacturers, just the OEMs in general, to develop a clean fuel roadmap for the trucking industry that’s viable and realistic for our sector.”

The roadmap also refers to calls for the federal government to remain committed to a June 2021 mandate for electronic logging devices (ELDs), expanded truck parking, and financial support for investments in new safety technologies.

Harmonized oversize and over-dimensional permits, meanwhile, could help remove barriers to other post-Covid-19 initiatives, such as large infrastructure projects. As for the infrastructure itself, the alliance had already unveiled an infrastructure wish list.

Covid-19 has focused a light on the importance of drivers and carriers within the Canadian economy, Laskowski adds, noting that politicians have taken notice.

“The key will be moving forward to continue to ensure that our sector receives the attention they deserve.”