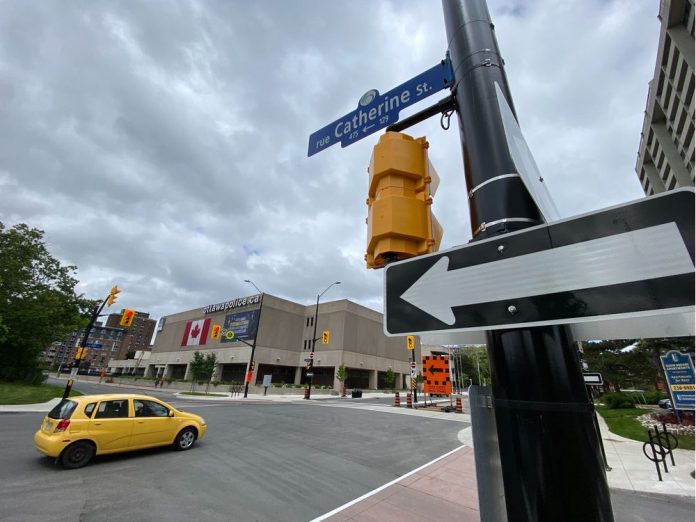 A 20-year-old cyclist suffered serious injuries when she was struck by a pickup truck and pinned underneath as the vehicle skidded several metres to a stop, according to Ottawa police.

The woman’s injuries are not considered life-threatening.

We apologize, but this video has failed to load.

The collision happened around 7:45 p.m. Friday in the intersection of Elgin and Catherine streets near the Ottawa Police Service headquarters.

Ottawa police are investigating the collision.

The woman was rescued by an Ottawa Fire Services extrication team, an operation that required “jacks to lift the truck and shoring tools to stabilize the vehicle,” according to a release, and paramedics took over care for the woman. She was taken to hospital in serious but stable condition.

During COVID-19, garbage collection is essential and dangerous

Canada, US poised to extend border restrictions to Aug. 21