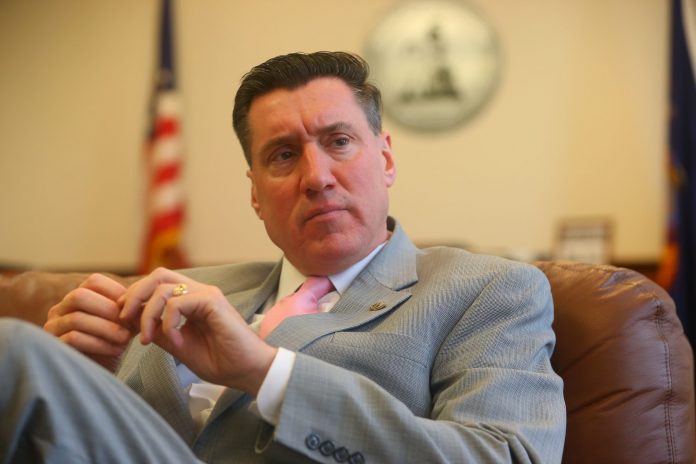 The Erie County district attorney has cleared a Buffalo police officer of wrongdoing in a mid-April incident in which he shot a woman who was suspected of a car theft.

On April 17, Ottman shot at Amanda R. Turello, 31, striking her in the hand, after she allegedly stole a pickup truck on Broadway near Bailey Avenue and nearly struck the officer as she tried to flee in the vehicle, the DA’s office said.

Turello was charged May 11 with first-degree reckless endangerment, fourth-degree criminal possession of stolen property and third-degree unauthorized use of a vehicle.

Turello is accused of stealing the truck, which was parked with the engine running outside of a store, at about 5 p.m. April 17. Ottman witnessed the stolen vehicle being driven down Armbruster Street, according to prosecutors.

After Turello nearly hit him, Ottman fired shots at the truck and Turello continued driving to Shepard Street, where prosecutors say she abandoned the vehicle and fled on foot. Buffalo Police officers apprehended her hiding behind a house.

Turello was treated at Erie County Medical Center for the injury to her hand.

In 2019, Ottman and his partner were credited with saving the life of little girl who was not breathing after being found in a backyard pool.

Woman shot by police while allegedly stealing vehicle is arraigned

Petrol, diesel demand to pick up as govt allows trucks to...

Truck-Mounted Street Sweeper Market 2019 | How The Industry Will Witness...

Auto dealers in states with new virus outbreaks have a bigger...