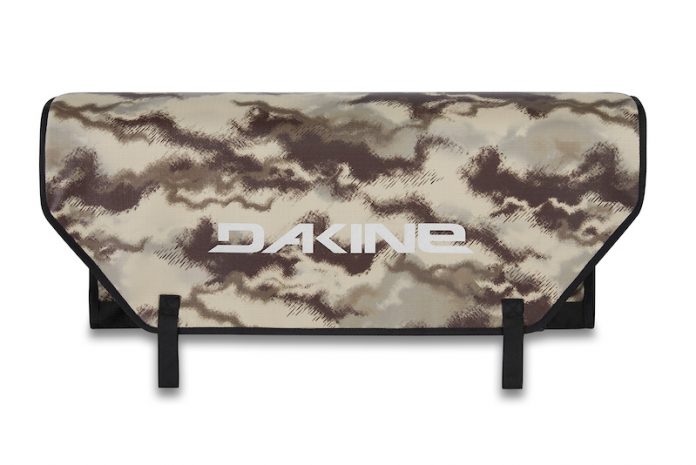 If you own a pick-up truck and your list of riding buddies starts and ends with the one other person who’ll hang out with you, then Dakine’s new Halfside tailgate pad could be just what you need. As the name suggests, it’s essentially a half-width tailgate pad that’s easier to deal with when it’s not on your truck, and it won’t interfere with latches and back-up cameras for the same reason.

To compare, their current large and small-sized pads measure 62″ and 52″ wide, whereas the Halfside comes in at just 29″ across. Dakine says that it’ll fit onto the back of any truck.

The Halfside tailgate pad retails for $85 USD and can hold two bikes.

It’s constructed with the same 1000D recycled polyester as the bigger pads, but while those hold seven and five bikes, the Halfside is made for just two. Those bikes are held in place via some cinch-down straps, and you can get it in black or a camo pattern, both with a reflective Dakine logo.

The best part about only having one riding buddy? The $85 USD Halfside pad is $40 less expensive than the small-sized five-bike version. 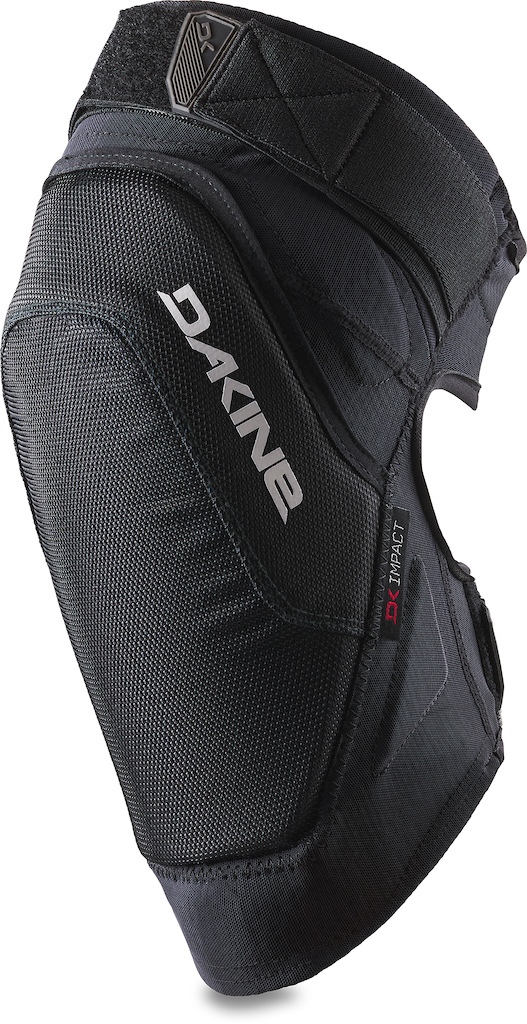 The blurly new Agent kneepad comes in slide-on and strap-on versions for $110 and $115 USD. 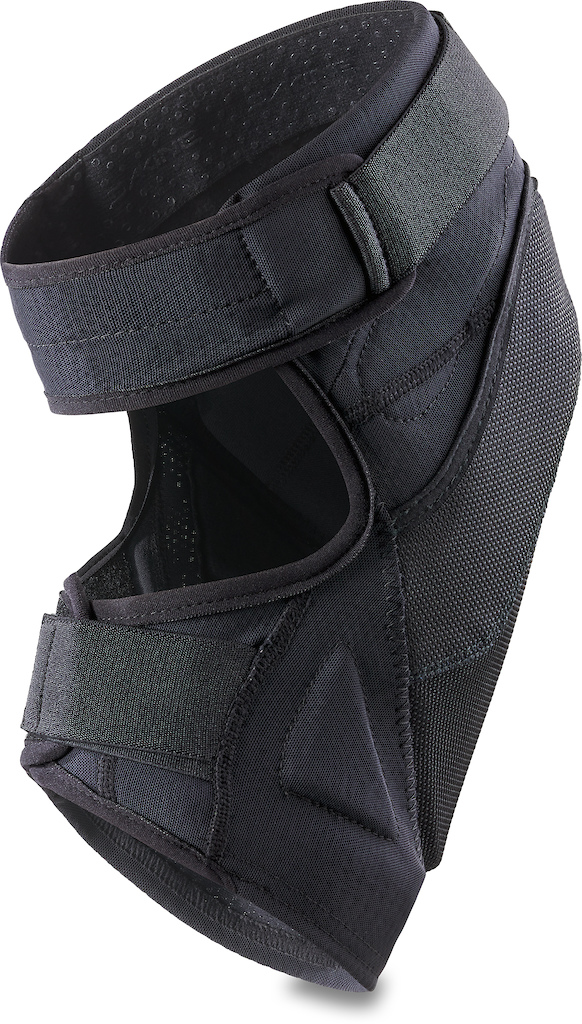 From truck pads to kneepads with Dakine’s new Agent that’s intended for gravity riding. That means that it’s a relatively burly pad, and maybe not something for a long, hot pedal. That said, Dakine is offering two versions of the Agent; one that you have to pull up over your feet (or shoes), and another that uses two hook-and-loop straps to make things easier. Not only that, but the protection is also laid over a breathable sleeve, and they sport an open back that should help them from getting too sweaty.

The protection is identical on both versions of the Agent, with a tough shell and “3D dual-density foam layup,” as well as a few additional pads to protect the important bits in the side of your knee. The slide-on Agent can be had in small to extra-large sizes for $110 USD, while the on/off model will cost you an extra 5$ and run from extra-small to double-extra-large. 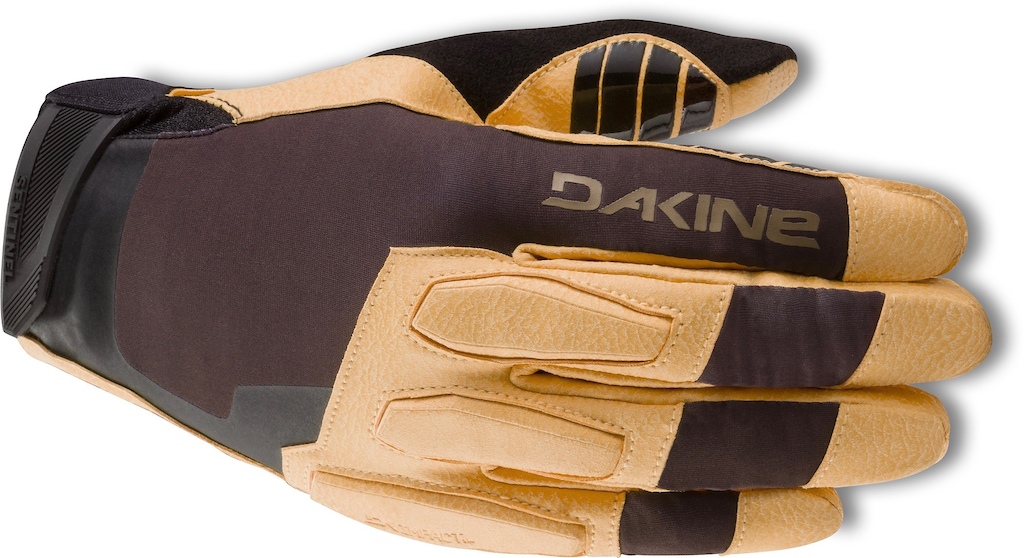 The $48 USD Sentinel glove has its seams on the outside where they can’t be felt.

Now it’s time to talk hands, and here’s Dakine’s new Sentinel glove. That name has been in their catalog for a while, but this is an all-new design for them that puts the seams on the outside rather than inside. I guess Dakine wondered why you’d want to have the sewing in there where it can sometimes feel odd against your fingers. I’ve definitely seen this in other places, but Dakine says they’re the first to do it in the bike world.

If you’ve ever turned a glove inside out, you’ll know that the seams can look like something a one-armed employee might sew during the last hour of a twenty-year-long night shift. The Sentinel’s exposed seams look really clean, though, and that’s all connected via a 4-way stretch Nylon shell. This isn’t a barely-there glove, however, as there’s padding on the outer three fingers and the palm; dress for the slide, not the ride! Other details include touchscreen-compatible fingertips, a soft nose wipe for when you get the sniffles mid-climb, and a hook-and-loop strap at the cuff. 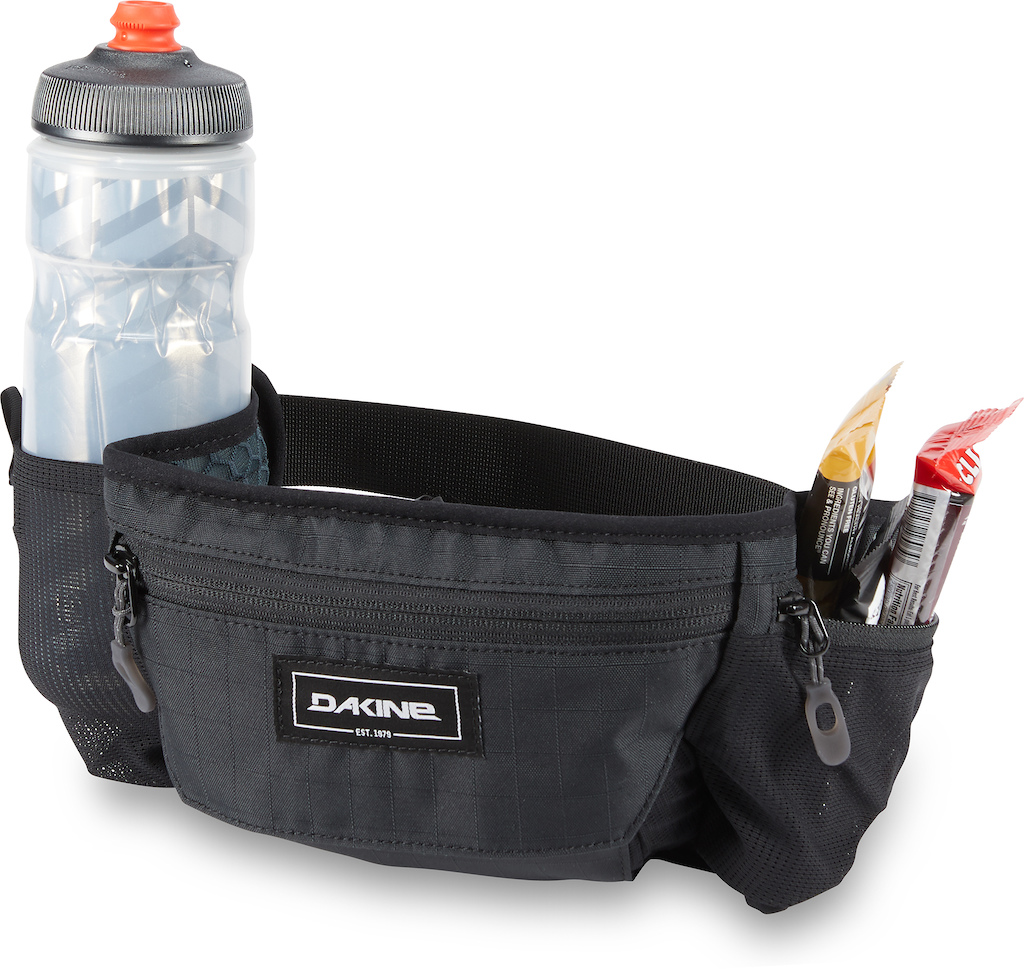 The new Stealth is a small, lightweight hip pack, but the fold-out sleeve means it can still carry a bottle.

Lastly, Dakine has completely re-worked their range of Hot Lap hip bags ”to give riders more options for carrying the necessities.” Now you can choose between redesigned their five and two-liter bags, the Stealth and Gripper options, or an all-new one-liter size for when you want to, you know, just do a quick hot lap.
The tiny Stealth bag is meant to be essentially invisible under a baggy jersey, but it can still fit a phone and even has a fold-out water bottle sleeve. Dakine says that this little guy weighs 0.3lbs, and it retails for $40 USD. At the other end of the spectrum, the five-liter bag comes with a 70oz reservoir, hose, and bite valve, and even uses a breathable back panel as a large backpack would. You’ll find a few different pockets inside, including a soft one for your $1,000 phone that already has a cracked screen, and external straps mean you can attach a jacket or pads rather than have to suffer up a climb with them on. The five-liter Hot Lap bag retails for $80 USD, and you can get it seven different colors. 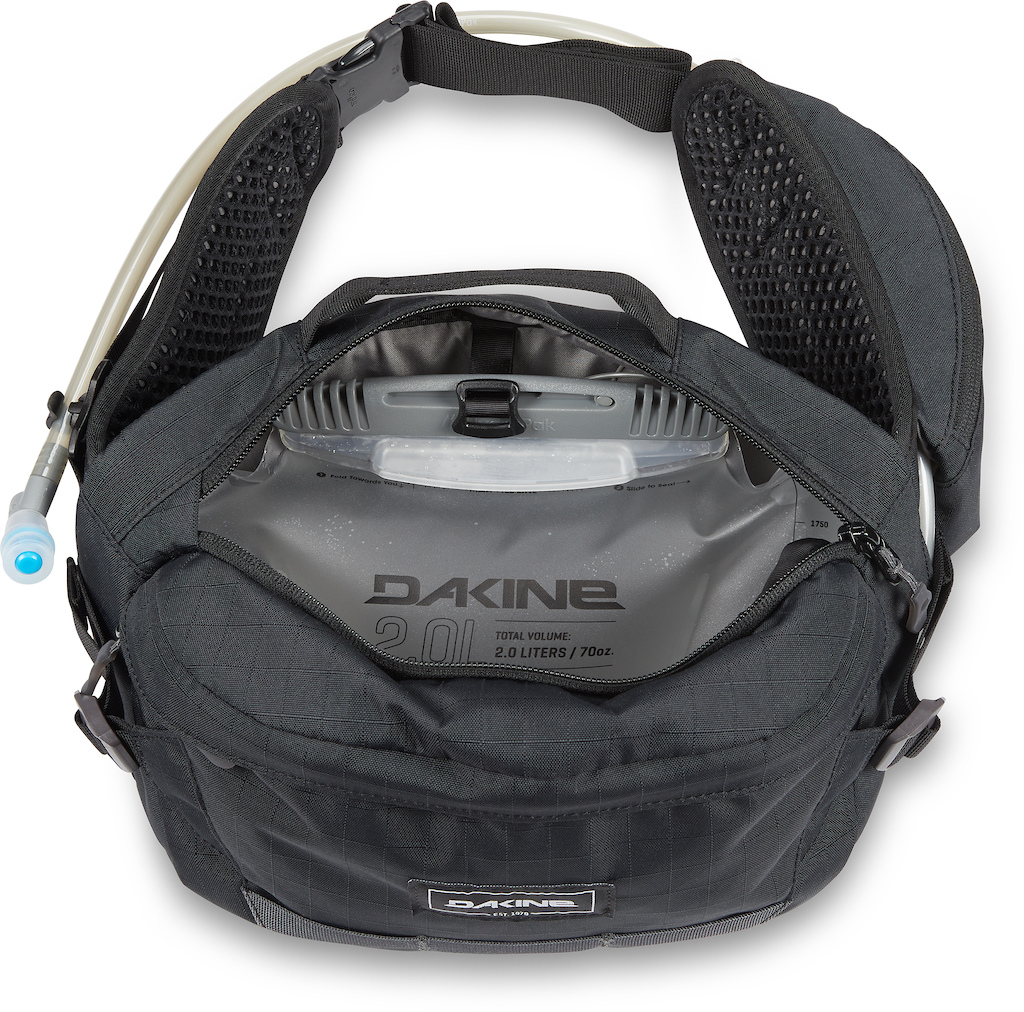 For those days when you require more supplies and fluids, the five-liter Hot Lap bag retails for $80 USD.

The least expensive Hot Lapper is their Gripper kit that lets you carry a tube and tools almost anywhere on the bike where they’ll fit – you could even strap it under your seat if you wanted. The Gripper comes in seven different colors and costs $25 USD.