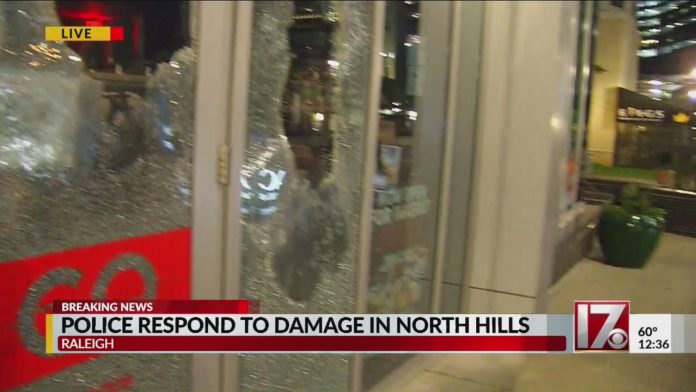 Vandalism seen in downtown Raleigh in 2nd night of protests