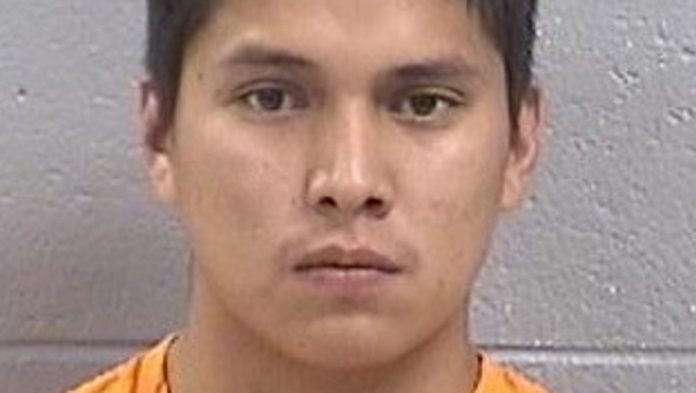 FARMINGTON — A district court judge in June ruled Farmington police failed to properly advise a murder suspect of his rights under the Fifth Amendment, excluding an interview a Farmington detective conducted with the defendant as evidence from a jury trial.

Nearly three weeks later, the San Juan County District Attorney’s Office dismissed the murder case against Anthony Wagon, who was accused of killing 29-year-old Jeremy Beard  by striking the victim with a pickup truck in 2017 in Farmington.

Wagon, 23, of Farmington, had a first-degree felony count of murder dismissed on June 23 by the San Juan County District Attorney’s Office, according to court documents.

“We are grateful for the court’s time and consideration in this case,” Statewide Major Crimes Defense Unit Director Craig Acorn said in a statement to The Daily Times. He was one of two public defenders assigned to Wagon’s case.

Wagon was accused of killing Beard the night of April 24, 2017, near the El Ray Trailer Court at 2310 W. Apache St., according to The Daily Times archives.

The men allegedly got into a fight at the mobile home park when Beard left the scene.

Wagon was accused of driving a pickup truck to follow Beard then driving up on the curb to hit Beard with the vehicle.

Beard was pronounced dead at the scene.

It was a June 2 order which Judge Marsh filed after a May 14 hearing in Aztec District Court that ruled Wagon’s interview with Farmington detective Jason Solomon was suppressed as evidence which could not be used in a future jury trial.

Wagon was transported to the Farmington Police Department for questioning by three detectives.

One of the detectives testified on May 14 that he advised Wagon of his Miranda rights by reading a card directly to Wagon and that Wagon replied he knew his rights.

Solomon did not advise Wagon of his Miranda rights at any time before or during the interview, according to the order.

The judge ruled Wagon was not in police custody for Miranda purposes while being transported to the Farmington Police Department, describing the trip as a “consensual encounter.”

Marsh also ruled Wagon was under interrogation by Solomon and the ‘Miranda rights and warnings’ given by the detective were inadequate as a matter of law, according to the order.

Solomon wrote the arrest warrant affidavit and included his interview with Wagon. During the interview, Wagon admitted to striking Beard with the vehicle.

The prosecution filed an appeal of the judge’s order on June 2.

On June 4, the district attorney’s office filed a motion to dismiss the appeal and reconsider the June 2 order, by asking the judge to reconsider the Miranda warning given by one of the detectives who transported Wagon.

A July 7 hearing was set up to hear arguments regarding the June 4 motion, but it was canceled after the prosecution dismissed the case.

Wagon was released on June 24 from the San Juan County Adult Detention Center, after being detained without bond since his April 2017 arrest.

The defendant has a pending felony case of battery upon a peace officer in Aztec District Court with no trial date set, according to court records.

Joshua Kellogg covers breaking news for The Daily Times. He can be reached at 505-564-4627 or via email at jkellogg@daily-times.com.