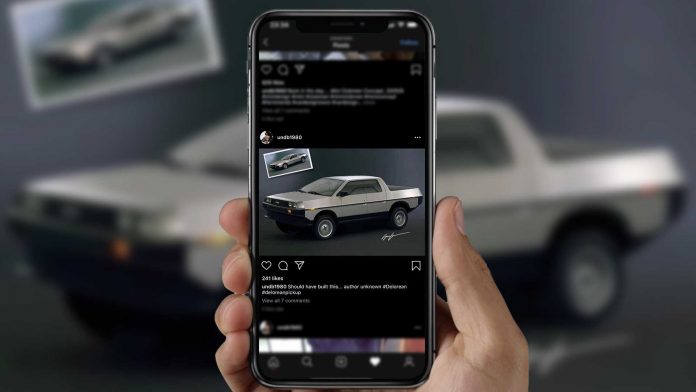 Would you have loved the Cybertruck if it were to look more like this?

The DeLorean sports car needs no introduction. It’s one of those cars that aren’t notably fast but has embedded itself in the American pop culture – thanks largely to Hollywood, specifically, the Back to the Future trilogy.

That’s why when Tesla introduced the Cybertruck in November 2019, more than a handful of people couldn’t help but see a resemblance between the Tesla pickup and the popular wedge-shaped sports car. We beg to disagree, though, as the Cybertruck is one of a kind.

Admittedly, the DeLorean and the Cybertruck share a lot of things. Both have body panels made of brushed stainless steel. Both lack cuts and creases due to this body construction. Both also lack color options because of the stainless steel body’s nature.

Truth be told, the DeLorean is arguably more acceptable than the Cybertruck in terms of design, and that is their major difference. But if the DeLorean were to be converted into a pickup truck, would you have loved it more than the Tesla?

We’ve found a rendering on Instagram to test that. Of note, we’re not sure who made this rendering (embedded on top) and the original poster isn’t sure either. But one thing’s for sure – it’s a clean look.

For what it’s worth, we like the DeLorean pickup truck better than the Tesla one. It’s more realistic and looks like something that isn’t hard to drive. Good thing the artist here dropped the gullwing doors because we can’t imagine ourselves tiptoeing just to get the doors closed.

Then again, this is just a figment of imagination of heaven-knows-who. In reality, there’s the Cybertruck, and it’s only a matter of time before Elon Musk releases its production version to put everyone in awe again.