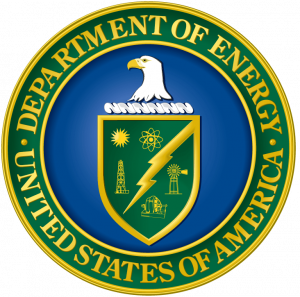 DOE Assistant Secretary for the Office of Energy Efficiency and Renewable Energy Daniel Simmons made the announcement during an online forum held by the International Partnership for Hydrogen and Fuel Cells in the Economy (IPHE).

“We will set a five-year goal to prove our ability to have a fully competitive heavy-duty fuel cell truck that can meet the demands of the durability, cost and performance requirements of the trucking industry,” Simmons says.

Simmons did not mention any OEMs or industry partners that might help build the truck. The other part of DOE’s latest hydrogen investment strategy includes funding electrolyzer research and development.

Electrolyzers use electricity to create hydrogen and oxygen through a process called electrolysis. Besides being a renewable means of production, the DOE and others, including fuel cell truck manufacturer Nikola, believe electrolysis has a shot at bringing down the cost of the fuel. The average cost of hydrogen according to California Fuel Cell Partnership is $5.60 per gas gallon equivalent.

Simmons says costly hydrogen infrastructure challenges are a barrier to fuel cell adoption and the DOE will aim to “diversify the hydrogen supply by lowering the cost of hydrogen production from electrolysis.”

Currently, the majority of hydrogen produced in the U.S. is extracted from natural gas which is considered a fossil fuel. Nikola Corporation announced Wednesday the completion of its previously announced business combination with VectoIQ, a publicly-traded special purpose acquisition company, and Nikola’s listing on the …

“The U.S. was the largest producer of oil and liquid natural gas and we currently produce about 10 million tons of hydrogen a year almost exclusively from natural gas,” Simmons says.

The DOE’s goal of proving-out H2 technology in heavy-duty trucking as well as nurturing fuel production are two parts of its three-prong plan to stimulate the hydrogen industry, Simmons says.

In its third part the DOE plans to increase hydrogen demand by “developing new uses for it such as with steel production, back-up power at large data centers, blending hydrogen into natural gas pipelines,” Simmons says.

This past January, DOE announced up to $64 million for new funding for its H2 at-scale initiative “to encourage market expansion and increase the scale of hydrogen production, storage and transport,” Simmons said. Navistar International announced that its board of directors has appointed Persio V. Lisboa president and CEO.

Troy A. Clarke, who has held the roles of Navistar president, CEO …

On its website, the IPHE states that its goals are to “foster international cooperation on hydrogen and fuel cell R&D, common codes and standards, and information sharing on infrastructure development.”